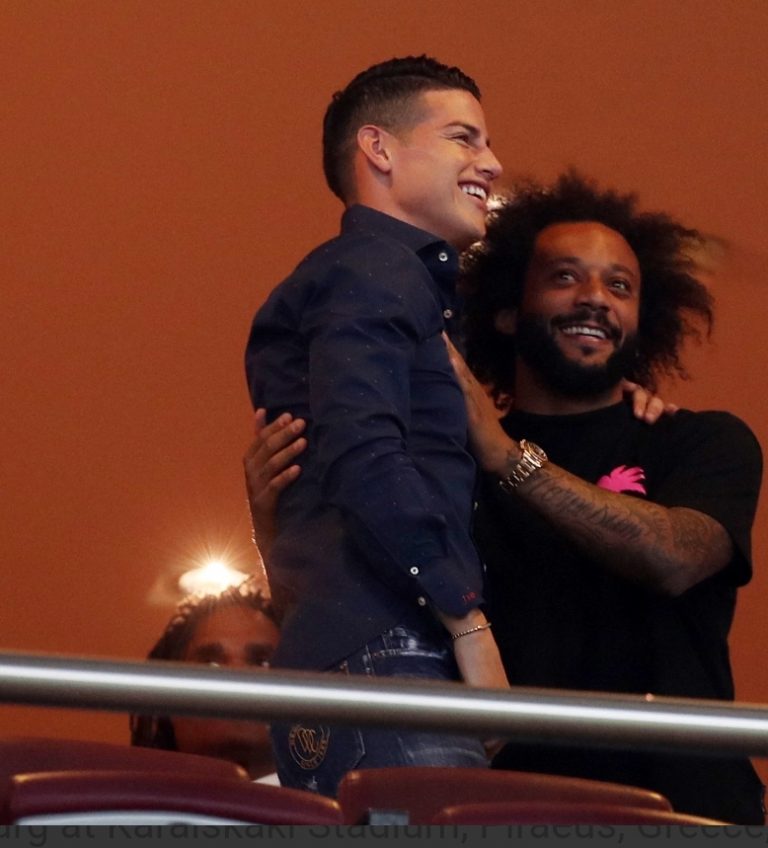 The 31-year-old Colombian will be reunited with former Madrid teammate Marcelo, who signed with the Greek champions last week . The pair were cheered by more than 35,000 fans after appearing at Giorgos Karaiskakis Stadium in Piraeus to watch Olympiakos take on Freiburg in the Europa League. The crowd chanted “He’s here. He’s here!” and “James Rodríguez!” moments before the game started as the player held up his No. 10 Olympiakos jersey.

James moved from Qatari club Al-Rayyan and officials from the Greek club said he had signed a one-year agreement with an option to extend the deal for 12 months. Al-Rayyan officially terminated his previous contract shortly before Thursday’s announcement. “It was a difficult decision but a good decision,” James said. “This is a new chapter in my life and I’m very excited about it.”

The Colombian is joining his fifth club since scoring six goals for his country at the 2014 World Cup in Brazil.