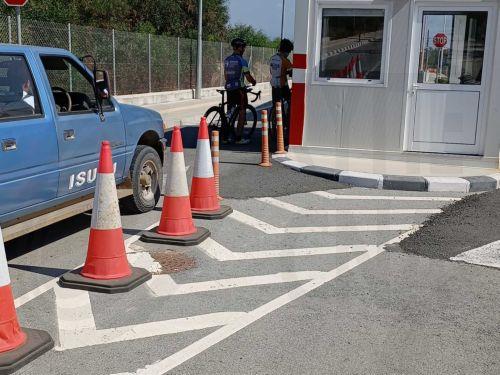 Greek Cypriot activist Andreas Soudjis appeared on Wednesday before an illegal district court in the Turkish occupied town of Trikomo and the “judge” concluded that he is to pay a fine of 30,000 Turkish liras in case he commits the same offense in the future but no fine or penalty was ordered to be paid today.

Tomorrow he is said to appear before a “military court” for a different “felony”, as the illegal authorities have decided.

Soudjis has been detained by the illegal regime in the occupied areas since September 1st and he is accused on suspicion of espionage for allegedly using a walkie-talkie.

His lawyer said that he was using the walkie-talkie to communicate with his friends as the reception in the occupied areas is often poor. The “court” today decided that he was carrying the device without permission.

The “military court”  will tomorrow deliver a verdict on the allegation of taking pictures of military areas. These pictures were found on his cellphone.

An illegal breakaway state declared independence unilaterally, on November 15, 1983, in the areas under Turkish occupation, an action condemned by the UN Security Council and the international community as legally null and void.

The illegal declaration followed the division of the island after the Turkish military invaded Cyprus in 1974, occupying one third of its territory ever since.