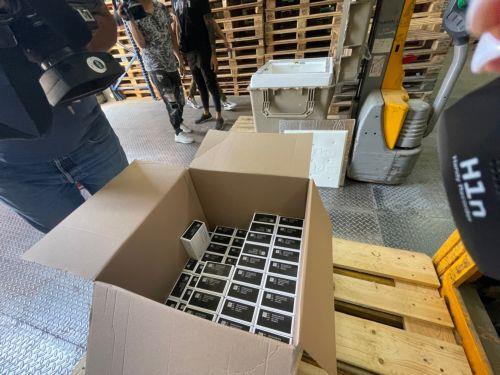 The first batch of vaccines against monkeypox arrived in Cyprus on Saturday.

Director of Pharmaceutical Services, Elena Panagiotopoulou told the Press that a total of 1.260 vaccines arrived, adding there was much willingness from other countries as well, such as Austria, Netherlands, Israel and Portugal, to provide Cyprus with the vaccine.

The vaccines arrived at the initiative of Health Minister Michalis Hadjipantelas and Health Commissioner Stella Kyriakides. The vaccines were given to Cyprus free of charge and administration will start from Sunday.

Asked if another lot is expected, Papagiotopoulou replied in the affirmative.

The vaccines will be administered according to the protocol prepared by the National Vaccination Committee, to health professionals who deal with the cases, as well as to relatives who came into contact with monkeypox patients.

Regarding the two new cases announced on Saturday by the Health Ministry, Panagiotopoulou said tracing has already been completed and the patients’ contacts can be vaccinated if they wish and after that the health professionals.

The vaccination centres will be announced next week, she added.

Panagiotopoulou said the two-stage vaccine has a 28-day interval, provided they were not vaccinated with a smallpox jab.

Under the name Imvanex, the smallpox vaccine protects adults from monkeypox disease.

Panagiotopoulou said the smallpox virus and the monkey smallpox virus are related to each other and when someone receives this vaccine, it forces the body to produce antibodies, so that when it comes into contact with the virus there are already antibodies to fight the virus, and in this way, the person vaccinated has immunity against the virus.

Those who have received the smallpox vaccine in the past, can get one dose of the vaccine as a booster shot.

She also clarified that monkeypox cannot be compared to COVID-19 and vaccination is not for the general public.

Regarding the drug Tecovirimat, Panagiotopoulou said it is an anti-viral and approved by the EU. It may be considered for treatment in people infected with Monkeypox virus. Cyprus is participating in a common procedure to obtain the medication, she added.