NO ONE AND NOTHING IS FORGOTTEN! HONOUR AND GLORY TO OUR HEROES AND MARTYRS IN CYPRUS! 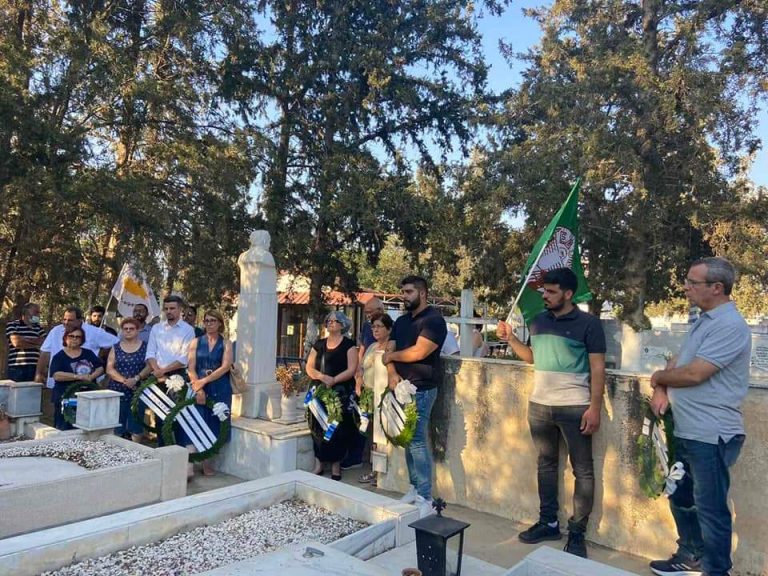 NO ONE AND NOTHING IS FORGOTTEN!
HONOUR AND GLORY TO OUR HEROES AND MARTYRS!

From the humble event to pay tribute and honor another one of our heroes – freedom fighter, comrade Michalakis Kousououlides, who on 7 August 1964 fell in the battle of Lorovounos defending the Republic of Cyprus from NATO imperialist plans and the Turkish invasion.
Michalakis Kusoulides was a member of the Central Council of thre youth organisation of AKEL – EDON. He was among the long list of EDON members and militants who sacrificed on the altar of Freedom and Democracy.