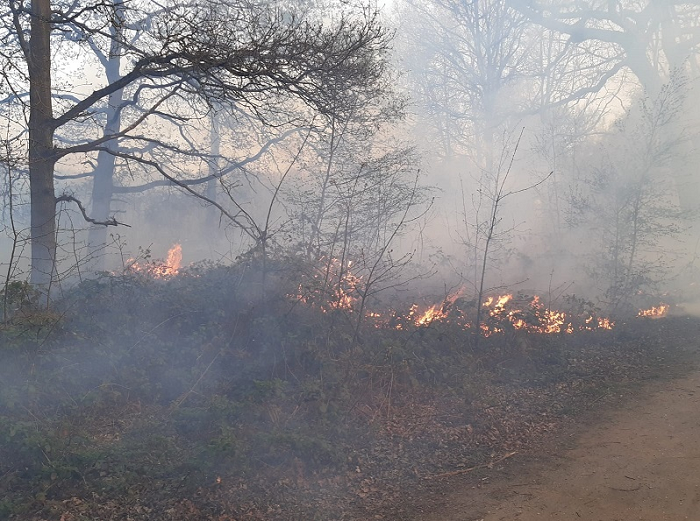 Eight fire engines and around 60 firefighters tackled a grass fire near Davies Lane in Leytonstone.

Around four hectares of grassland was alight. There were no reports of any injuries.

The Brigade’s 999 Control Officers took more than 30 calls to the blaze.

A London Fire Brigade spokesperson said: “Crews worked incredibly hard to prevent the fire from spreading to nearby properties.

“Although the temperature has dropped, grasslands will still be extremely dry. We don’t want people to be complacent and that means avoiding barbecuing in parks and open spaces, ensuring cigarettes are properly disposed of and clearing away rubbish and glass as they can magnify the sun and cause a fire.”

The Brigade was called at 1309 and the fire was under control by 1507. Fire crews from Walthamstow, Woodford, Leytonstone, Homerton and surrounding fire stations attended the scene.