45 years since the passing away of Makarios: Loved by the Cypriot people, the enemies of Cyprus fought him 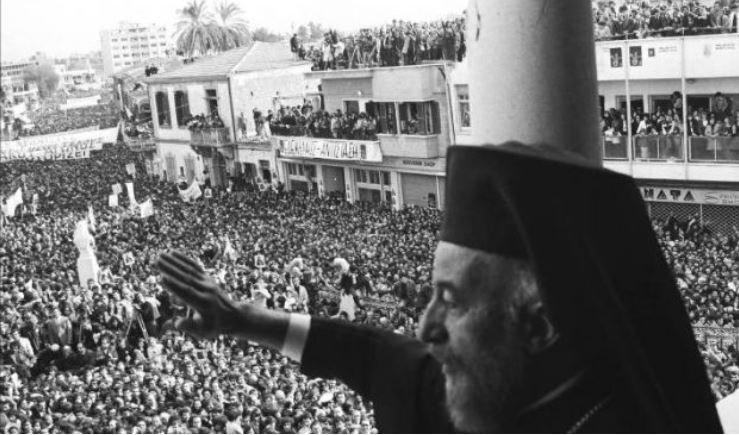 AKEL honours the memory of the first President of the Republic of Cyprus, Archbishop Makarios, who passed away 45 years ago today. Makarios put his own stamp on our homeland’s history because throughout the world he identified his name with Cyprus itself and its people. He was loved like no one else by the people of Cyprus and at the same time the enemies of Cyprus fought against him like no one else.
Makarios led the anti-colonial struggle of Cypriot people, but at the same time he had the courage, as the political leader of EOKA, to denounce the campaign of terror that was launched by Grivas against the Left in the 1950’s. Makarios foresaw, even at the last minute, the disastrous dangers that were looming and united almost the entire Cypriot people around the line of what was possible, namely attaining independence against the plans to impose double enosis (Note: the division of Cyprus between NATO members Greece and Turkey).
Makarios rejected the plans to put Cyprus under the full control of NATO and incorporated Cyprus into the Non-Aligned Movement, where our country found valuable support. He stood up to and resisted the fascism of the Greek junta and EOKA B. Makarios himself became the living banner of the Democratic Resistance.
Immediately after the tragedy of 1974, Makarios rejected Cyprus’ submission to Turkey, but chose the historic compromise with the Turkish Cypriots. AKEL appreciates as Makarios’ ultimate contribution to our homeland the fact that he took on with his political stature the responsibility for the Greek Cypriot side to accept the solution of federation to the Cyprus problem with the 1977 High-Level Agreement.
Honoring Makarios is not, and should not be, an idealisation and adoration of Makarios. We acknowledge the mistakes and misjudgments he committed in his course. However, it constitutes an insulting falsification of History and the truth when an attempt is being made to portray Makarios as a dictator or to equate him with the destroyer of Cyprus, Grivas. The ultimate aim of this propaganda is to pardon and exonerate the treason committed by EOKA B and to blame Makarios’ non-aligned policy for the tragedy of 1974. Besides this is the only way the Cypriot people will be persuaded to love their rapist and accept accession to NATO. However, the zeal of the falsifiers of history is in vain, because it is the Cypriot people themselves who honored and still honor Makarios to this day.
AKEL honors and remembers President Makarios with respect. We honor his memory by defending the historical truth and the Democratic Resistance. Continuing the struggle to ensure that the crime committed in 1974 is not vindicated and that the partition of Cyprus is not finalised. 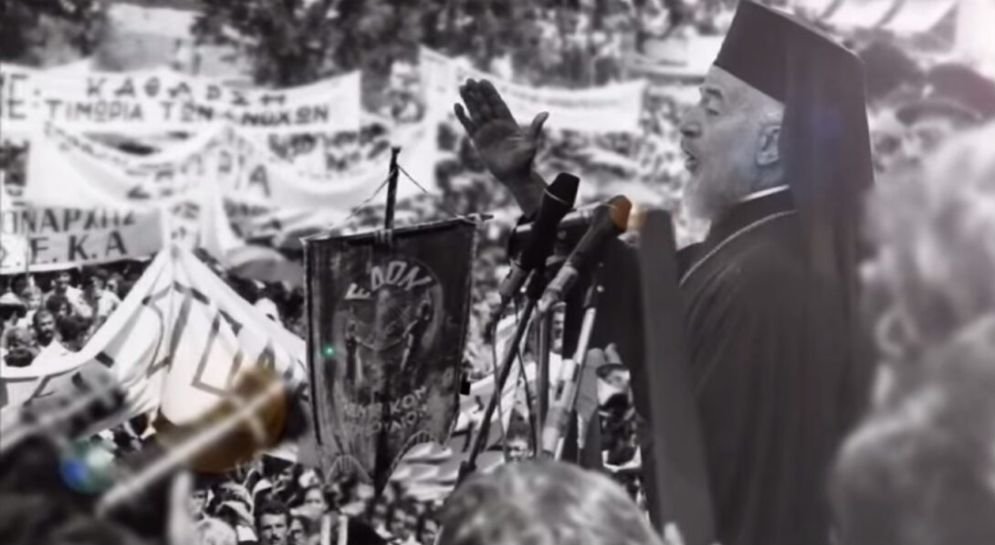