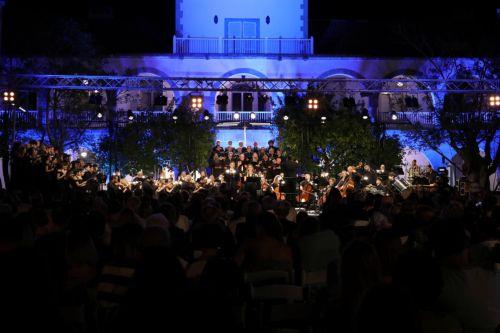 The world premiere of an oratorio dedicated to the mothers of the missing persons in Cyprus took place on Wednesday evening at the Presidential Palace during an event to mark the anniversary of the Turkish invasion of Cyprus on the 20th of July 1974.

Elia expressed satisfaction with the high level of performance of all the contributors and thanked the Presidency of the Republic for entrusting him with the composition of the specific project.

The event began with a speech by President of the Republic of Cyprus Nicos Anastasiades, read out by Minister of Finance Constantinos Petrides.

CNA was one of the media sponsors of the event.