World Conference of Overseas Cypriots kicks off in Nicosia 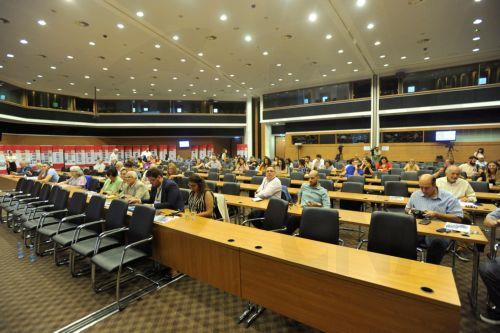 The Cyprus problem, but also energy, security, the humanitarian issue of missing persons and problems faced by the Diaspora, will be among the topics of discussion during the Conference.

Cyprus President, Nicos Anastasiades, will be represented at the opening ceremony, that will take place at 1900 local time, at Nicosia Municipal Theatre, by Interior Minister, Nicos Nouris, who will deliver an address.

According to an official press release, Presidential Commissioner, Photis Photiou, President of the House of Representatives, Annita Demetriou, Archbishop of Cyprus, Chrysostomos II and Deputy Minister of Education and Religious Affairs of the Hellenic Republic, Zetta M. Makri, will address the ceremony. Head of POMAK, Andreas Papaevripides, Head of PSEKA, Philip Christopher, and President of NEPOMAK, Christos Tuton, will also address the ceremony.

The Conference, which is set to conclude on Friday, 29th July 2022 will be held at St Raphael Resort, in Limassol.

Presidential Commissioner Photiou has told CNA that in this difficult political environment, with Ankara’s provocations and other international developments, the focus will be on the Cyprus issue, but other topics will also be discussed.

“The role of Οverseas Cypriots as regards the Cyprus problem is of great importance and we have seen in recent years that the effort especially in the USA and the UK, in foreign decision-making centers, is decisive for our national interests”, he pointed out.