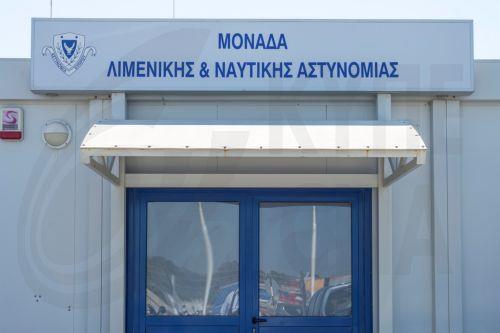 The United States donated to the Republic of Cyprus an underwater camera that is expected to upgrade the operational capabilities of the Port and Marine Unit and the Cyprus Police as a whole, especially in matters of safety at sea, at ports and the borders of Cyprus.

The official handover ceremony of the submarine camera, model video Pro 4, from the US Embassy to the Cyprus Police, specifically to the Port and Marine Unit, took place in Limassol,  in the framework of the CyCLOPS project (Cyprus Center for Land, Open Seas and Port Security) and in the presence of US Ambassador Judith Garber and Chief of Cyprus Police Stelios Papatheodorou.

Speaking at the ceremony, the Ambassador talked about the growing partnership between the United States and the Republic of Cyprus and noted that we live in a world today that relies heavily on international trade to expand our economies and provide goods to our citizens.

To do that effectively, she added, governments must invest in maritime security, saying that by working together to ensure the safety and security of our ports we are also safeguarding our economies, our critical infrastructure and the well being of our communities.

“That is why the US Embassy is so proud to donate this underwater remotely operated vehicle camera to the port and marine Police. The last underwater camera we donated has already proven its worth,” she said.

Referring to the new model, she said it has advanced features that enhance capabilities to observe and inspect piers, retrieve objects or debris in the water and inspect port conditions without requiring a diving, improving maximizing safety and reducing risk.

The Ambassador said that today’s donation is just one part of the growing partnership between the USA and Cyprus. Referring to the CyCLOPS project, she said that the US and the Republic of Cyprus are working together, learning together and training together to improve our response to the regions involving maritime security environment.

“We look forward to our continued collaboration in maritime security, maritime management and so much more,” she concluded.

Meanwhile, Chief of Police, Stelios Papatheodorou, said in his address that the CyCLOPS project is a symbolic one, in terms of the even closer ties that have been developed and the further strengthening of bilateral cooperation between the USA and the Republic of Cyprus, in matters of defense and security.

It is a generous donation of an advanced technological achievement that will surely upgrade the operational capabilities of the Port and Marine Unit and the Cyprus Police as a whole, especially in matters of safety at sea, at ports and the borders of Cyprus.

The videoray Pro 4 brand camera is expected, he said, to improve the operational capabilities of the Port and Marine Unit, regarding the seabed searches.

“In particular, its contribution will be crucial for research conducted at sea, dams and lakes to locate objects and missing persons, but also at ports before the arrival of military ships, raising the issues of safety of the seas and ports of Cyprus at even higher levels”.

He noted that this camera has search capabilities of a maximum depth of 300 meters, a claw for lifting objects, as well as front and rear cameras for recording data and taking photos. The camera is operated wirelessly from land, with two headlights for operation and use during the night. He said that the members of the Port and Marine Unit possess the necessary expertise to operate the specific camera.

Concluding, he said that the United States of America are a valuable partner to the Republic of Cyprus and have demonstrated in practice their willingness to provide assistance on a wide range of issues, as evidenced by the current CyCLOPS program.