US Congress representatives disagree with F-16 sales to Turkey 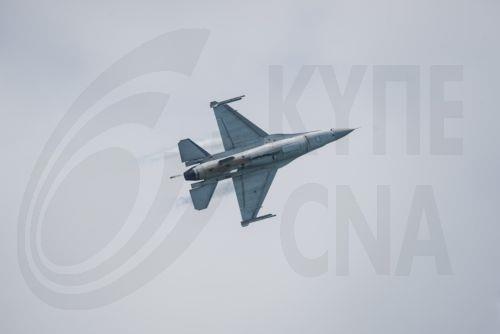 US lawmakers of the Congressional Caucus on Hellenic Issues, who issued a statement addressed to President Joe Biden, have expressed their strong disagreement with the public support expressed by him for Turkey’s request for the purchase and upgrade of F-16s.

The statement issued by Congress members Dina Titus, Chris Pappas, Charlie Crist, Carolyn B. Maloney, Frank Pallone, and John Sarbanes, expresses concern about the White House’s stance, noting that such a development would reward Turkish President Tayip Erdogan for not honouring Turkey’s commitments to both the United States and NATO.

“Turkey, specifically their Presidencies of Defense Industries, remains under sanctions through the Countering America’s Adversaries Through Sanctions Act (CAATSA) as a result of their purchase of Russian S-400 missile defense system”, they say.

“The Biden Administration has not provided answers to how Turkey would qualify to be exempt from these sanctions and how the Administration would mitigate the risks of co-locating F-16s and modernization kits with a Russian weapons system, which is why Turkey was removed from the F-35 program”, the congressmen add.

Additionally, the statement refers to Turkey’s violations in Greece, a fellow NATO member. “Since the beginning of 2022 Turkey has violated the airspace of fellow NATO ally Greece over 2,377 times, including 120 overflights over Greek territory. Turkey’s antagonistic actions in the Aegean Sea, as well as their hostile stance towards the Greek government, make it clear that they do not intend to suspend these aggressive and destabilizing actions soon”, they note, adding that if the United States were to proceed with the sale of F-16s, American-made warplanes would undoubtedly be used to enter Greek airspace.

As they point out, this would violate the Arms Export Control Act, which only allows the transfer of equipment for legitimate self-defense operations. “Over the past seven months, none of Turkey’s actions in the Aegean Sea related to Greece could be classified as defensive but rather are simply intimidation”.

Furthermore, the Congress members note that Turkey has expressed the intention to reinvade Syria, to target Kurdish forces in the North. “Many of these forces have previously fought alongside and assisted U.S. operations in the region. If Turkey were to obtain F-16 fighter systems, they would clearly be used in this new offensive against our Syrian Kurdish allies”.

The statement concludes that until the Biden Administration can provide suitable answers on how they intended to mitigate these concerns, “we will continue to object to this weapons transfer and do everything we can to ensure that these F-16s are not delivered to the Turkish government”.