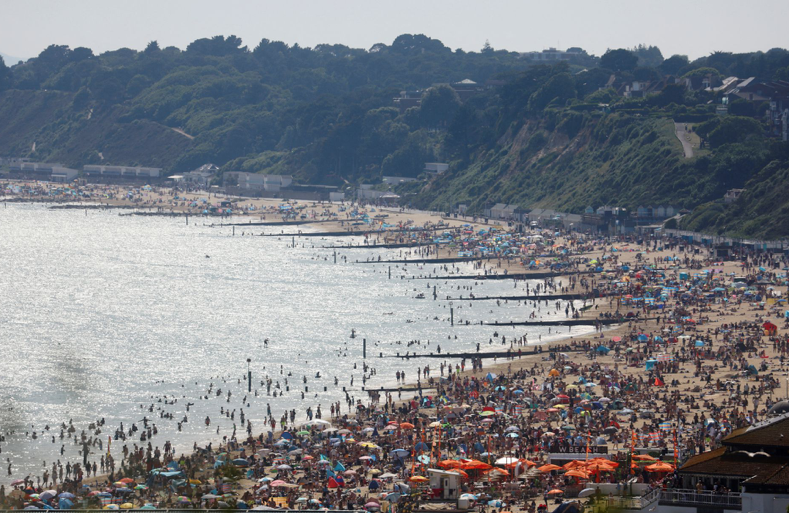 Much of Europe is baking in a heat wave that has pushed temperatures into the mid-40s Celsius in some regions, with wildfires raging across tinder-dry country in Portugal, Spain, France and Croatia on Thursday. read more

The highest ever recorded temperature in Britain was 38.7C (102 Fahrenheit) recorded in Cambridge University Botanic Garden on July 25, 2019. The Met Office said it was now forecasting temperatures of 40C for the first time in Britain.

“Nights are also likely to be exceptionally warm, especially in urban areas,” he said in a statement. “This is likely to lead to widespread impacts on people and infrastructure.”

A general view of cracked earth with the houses of Parliament and the Elizabeth Tower, more commonly known as Big Ben, seen behind as hot weather continues, in Parliament Square, London, Britain, July 12, 2022. REUTERS/Toby Melville

the heat health warning to Level 4 for England for Monday and Tuesday.

On the Met Office website, a Level 4 red alert is defined as a national emergency, and is used when a heatwave “is so severe and/or prolonged that its effects extend outside the health and social care system. At this level, illness and death may occur among the fit and healthy, and not just in high-risk groups.”

The Met Office said “substantial” changes in working practices and daily routines would be required and there was a high risk of failure of heat-sensitive systems and equipment, which could lead to localised loss of power, water or mobile phone services.

“It’s harder to cope with these types of temperatures in the UK because we’re just not used to them,” Hannah Cloke, climate expert at the University of Reading, told Reuters, alluding to the country’s generally temperate, damp climate.

“It’s about that lived experience of the heat and we don’t have the houses designed to keep cool, we don’t have air conditioning, and our infrastructure is not built for the heat at all.”