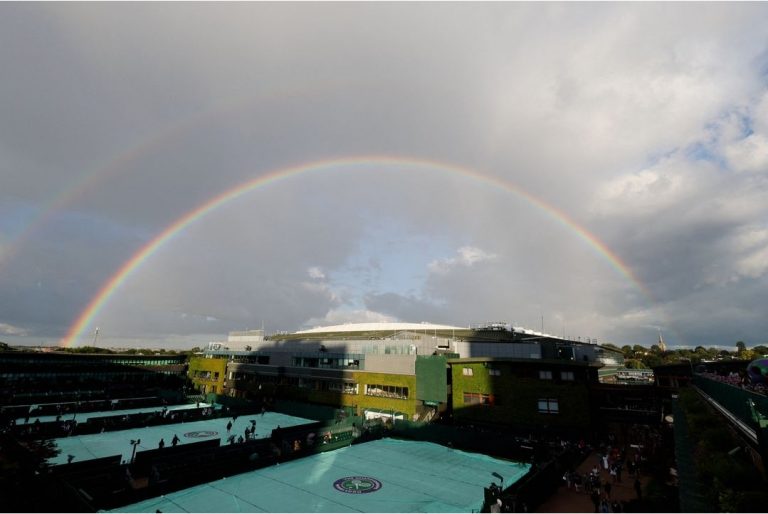 Top seed Novak Djokovic served a timely reminder of why he is fancied to claim a seventh Wimbledon title as he dismantled fellow Serb Miomir Kecmanovic 6-0 6-3 6-4 to sweep into the last 16 on Friday.

Djokovic, who has won one title this year, showed no signs of his early season rustiness as he won in just under two hours to set up a clash with Dutch wildcard Tim van Rijthoven, who continued his dream run by beating Nikoloz Basilashvili.

Some of the home favourites continued to impress as British men’s number one Cameron Norrie and Heather Watson both progressed without dropping a set.

Angelique Kerber, the 2018 champion, wasn’t so lucky as she tumbled out following a 6-4 7-5 loss to Elise Mertens.

Elsewhere, big-serving American John Isner broke the all-time aces record – going past Ivo Karlovic’s tally of 13,728 – but his fearsome deliveries were not enough to derail Italian 10th seed Jannik Sinner and he bowed out 6-4 7-6(4) 6-3.

Spanish fifth seed Carlos Alcaraz also barely got out of second gear, dispatching Oscar Otte 6-3 6-1 6-2 to become the youngest man to reach the Wimbledon fourth round since 2011.