The government is working towards modernizing the agricultural sector, says Cyprus’ Minister of Agriculture 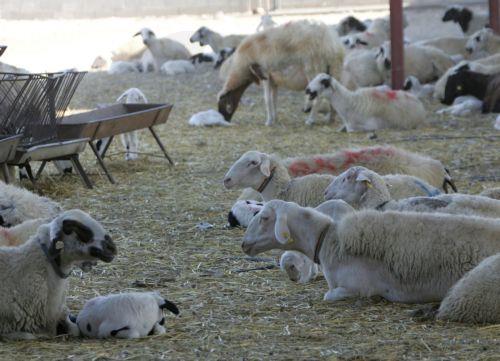 The Government exerts every possible effort to modernize but also improve the competitiveness of the agricultural sector, having implemented all available European financial tools, Minister of Agriculture, Rural Development and Environment Costas Kadis has said.

In his speech at the annual Festival of Cultural Heritage, organised by the Union of Cypriot Farmers’ (EKA) Famagusta district branch and the Municipality of Ayia Napa, the Minister stated that, it is well known that the agricultural sector in Cyprus is currently facing many challenges. He said that “the economic crisis of the previous decade was followed by the coronavirus pandemic, which made and continues to make the economic life of our country more difficult, having significant effects on the agricultural sector as well.” In addition, he said, Russia’s invasion of Ukraine has created an energy and food crisis, with energy and feed prices, and therefore of manufactured goods, rising rapidly.

Kadis said that the Government, taking into account this situation, and the difficult conditions that have arisen, has supported, during the last two and a half years, the agricultural activity and farmers, with amounts reaching €50 million. “At the same time, we are exerting every possible effort to modernize and improve the competitiveness of the agricultural sector, having implemented all available European financial instruments.”

He also said that, since 2014, when the current implementation period of the Common Agricultural Policy began, until this year, when its transitional period ends, “a total of more than €850 million have been allocated to our rural world, from European and national funds.”

The Minister also pointed out to the inclusion in the Recovery and Resilience Plan and in the “Cyprus-Tomorrow” Plan, of a significant number of projects and reforms that are expected to have a direct or indirect positive effect on the country’s agricultural activity.

Among other things, Kadis, also referred to the “special importance given by the Government to highlighting the uniqueness of Cypriot products.” The registration of halloumi as a Protected Designation of Origin product, he said, was “a collective success, while our constant pursuit is the registration of other of our agricultural products” to the EU geographical indications system. At national level, he added, “we created a bill for the establishment of the awarding of the Cypriot Label to quality local agricultural products”.

He also said that EKA, has contributed to a large extent to the implementation of the specific policies and measures, for the benefit of Cypriot farmers.