The families of the Cyprus missing are still looking for answers, nearly 50 years after the invasion 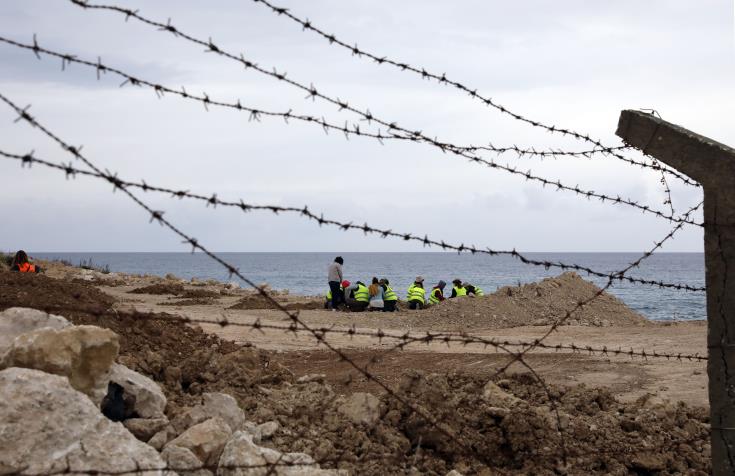 The families of the missing persons are still looking for answers to the plight of their loved ones, 48 years after the Turkish invasion.

Most parents whose children were missing during the invasion, have passed on but before that they have urged their families to never stop looking to find out what has happened to their loved ones.

The missing persons totalled 1,619 after the invasion. The number included around 800 civilians, 30 children and 116 women. The remaining were conscripts, reservists and soldiers. Around 735 cases of Greek Cypriots have been identified and around 775 are still unaccounted for, according to the Committee on Missing Persons (CMP).

Those still missing include infants, two girls aged 3 and 4 and other children up to 16 years of age. There were also 70- and 80-year-olds in the missing persons list during 1974.

President of the Pancyprian Organisation of Relatives of Undeclared Prisoners and Missing Persons Nicos Sergides was asked by CNA if there are missing persons who are still alive.

“In 1974, there were survivors and there we still had information for a certain period, some weeks or some months. Today, the likelihood is too remote”, he remarked.

The feelings however are still vivid even after so many years. “Surely, we do not feel good because this purely humanitarian problem continues to exist. There is flagrant violation of the fundamental rights of the missing and their relatives. There is no cooperation or sincerity that would allow the resolution of the missing persons issue which concerns both communities”, he added.

Sergides said there are practical difficulties and to a great extent there is no political will that will enable a sincere cooperation which would end this drama. Especially in July, the problem for the families becomes bigger.”

We hope that at last the right and effective methods will be found to persuade the interested parties to show a spirit of cooperation and sincerity that will help us find out the fate of our loved ones, Sergides added.

We know the facts and information are there. It is a matter of the CMP to find the right and effective manner to get the information and facts and utilise them, he remarked.

According to Sergides, the relatives οf the missing are sad and angry. “We want an end to this ordeal the soonest. We believe that if it is resolved, it will greatly help the overall climate to solve the Cyprus problem.”

The time factor plays a negative role, he continued. “The problem is still there, no matter how much time has passed by. Time is a negative factor.  Already, those who were directly affected, the parents, have almost passed on. There are only a few parents of missing left. Time is putting a lot of pressure but we will not let the problem be forgotten or put aside because it is a human rights issue and must be at last resolved.

Cyprus, he added, has raised the issue at an international level through actions by the families. It may also be a test so that similar issues do not recur, but you can also see them today in Ukraine. Our struggle was to find our own but the international community needs to take such measures that would not allow the repetition of such unacceptable and inhumane methods, such as the arrest, detention and disappearance of people”, said Sergides.

of the parents, Sergides replied the “interest continues and this is evident from the events and general assemblies we hold because many people attend. However, the pain and interest of the parent is not reflected in the siblings, he added.

According to Sergides, information keeps coming in and concerns sites where the missing have been buried. This information is conveyed to the CMP for further investigation.

Asked how the families feel when they are presented with a few remains for burial following identification, Sergides said “it psychologically affects us. However, these remains are a proof of death. Once the families are informed, they react like they lost their loved one just yesterday. What we see is that after a couple of months, the families are calmer. They now know the reality, the truth and there is a grave to where they can go and light a candle at. What ‘kills’ the relatives is not knowing what happened.”

He urged for action to deal with Turkey’s negative stance. “We insist that our government and international organisations such as the UN, need to act more properly and effectively. The CMP is under the auspices of the UNSG, has ways and means that can be used effectively such as the reports of the Security Council issued twice a year where unfortunately they refer to the missing persons issue but try to present a nice picture when there isn’t one. The CMP is also facing problems and needs to overcome them. At least to mention the problems that exist in an effort to get the parties involved to work together and not just to silence them by presenting a beautification of the situation, which for us does not help to move the issue forward” he added.

It is clearly a humanitarian issue and must be handled in such way. We expect from our side that in its efforts and in promoting confidence-building measures, the issue of missing persons should be made a priority. God forbid we are close to a solution to the Cyprus problem and this humanitarian issues is hid under the carpet”, he concluded.