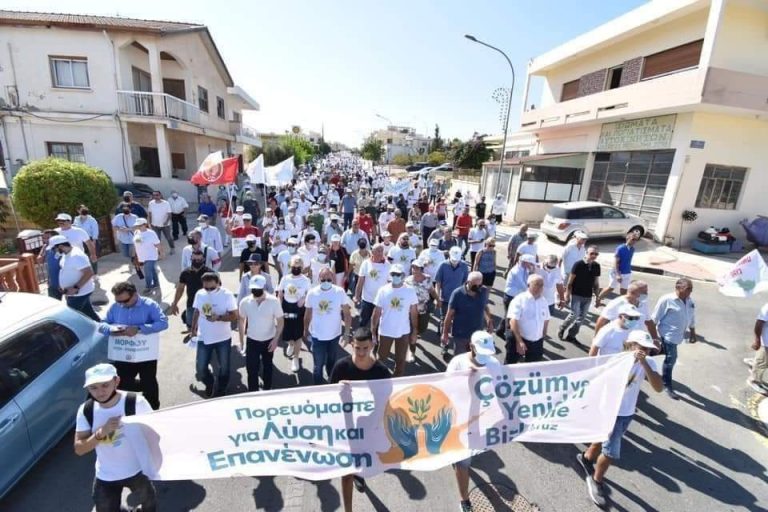 The International Law expert and Head of the Cyprus Problem Bureau of the C.C. of AKEL Toumazos Tsielepis characterised the Report submitted by the Secretary General of the United Nations on the renewal of the mandate of the UN Peacekeeping Force in Cyprus (UNFICYP) as worrying in every respect and as one of the worst reports in recent years. T.Tsielepis noted that there is a very slight reference in the report to the fact that the Secretary General of the UN himself is bound by the parameters set out in the UN Resolutions, but there is no specific reference to the solution of Bizonal, Bicommunal Federation and no reference with regards as to what must be done next.

AKEL, Toumazos Tsielepis recalled, had warned that the collapse of the Crans Montana talks would lead to a prolongation of the stalemate on the Cyprus problem. Right now, he added, we are in a situation where the Secretary General of the UN Mr. Guterres seems unable to find a way to resume the dialogue.

The AKEL Political Bureau member also pointed out that although the Secretary General of the UN does make a reference to Varosha, citing the relevant resolutions, he ignores however the fact that there are fait accompli being imposed there. Mr. Guterres should, he said, be apportioning responsibilities for the ongoing developments in Varosha, just as he should also assign responsibilities on Turkish Cypriot leader Tatar too, who is now putting forward a kind of peculiar proposal, saying that unless the illegal entity of the pseudo-state is recognised, then the talks cannot resume.

Toumazos Tsielepis pointed out that usually in his Reports the Secretary General of the UN called for the natural resources to be made use of for promoting a solution to the Cyprus problem, while now he is saying something completely different and raising the issue of addressing the problem beyond and apart from the solution of the Cyprus problem. He predicted that there would be no movement surrounding the Cyprus problem until the presidential elections in Cyprus and Turkey are over.

Furthermore, T.Tsielepis expressed the hope that there would be no new fait accompli imposed in the meantime. Toumazos Tsielepis stressed that we need to change policies, otherwise Turkey will come out the winner and the international community will assign responsibilities on the Greek Cypriot side.

The Head of the Cyprus Problem Bureau of the C.C. of AKEL assessed that the Cyprus problem is in its worst phase because the basis for its solution is being undermined, not only by Turkey and the pseudo-state, but also by the international community, which according to indications is discussing other solutions as well. However, Toumazos Tsielepis underlined, anything other than the solution of Bizonal, Bicommunal Federation would mean for the Republic of Cyprus to acquire a land border with Turkey, which nobody wants.