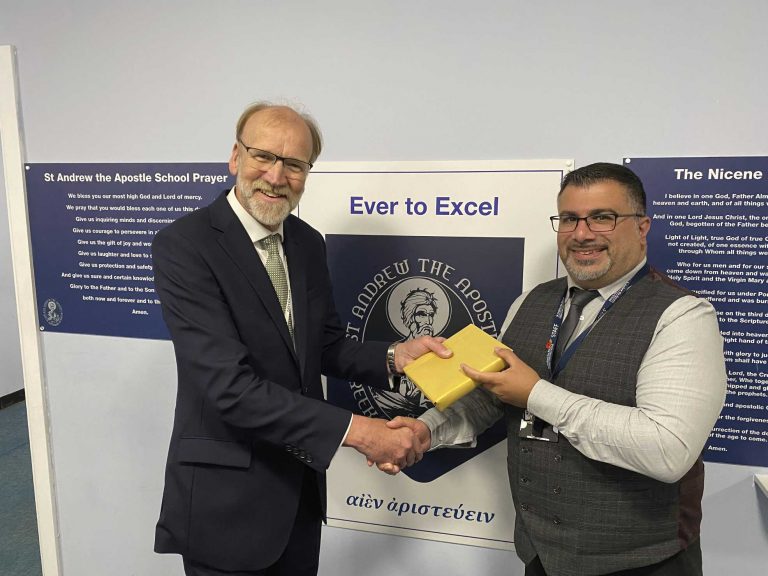 Mike Michael, Head of School – Curriculum and Data, at St Andrew the Apostle Greek Orthodox School, was presented with a silver icon of The Virgin Mary and Jesus, provided by the Archdiocese of Thyateira and Great Britain, in recognition of his years of service, hard work, valuable contribution and dedication to the school as one of the founding teachers of the school in 2013 when it opened.
The icon was presented by Daniel Lynch, Director of the Russell Education Trust and both he and Anthony Easton, The Executive Headteacher, wished Mike every success in his new school, Oaks Park High School in Redbridge, where he will be starting in September.
The Governing Body of St Andrew’s had expressed their thanks and appreciation of Mr Michael’s valuable contribution to the school at the Governing Body meeting earlier in the week.