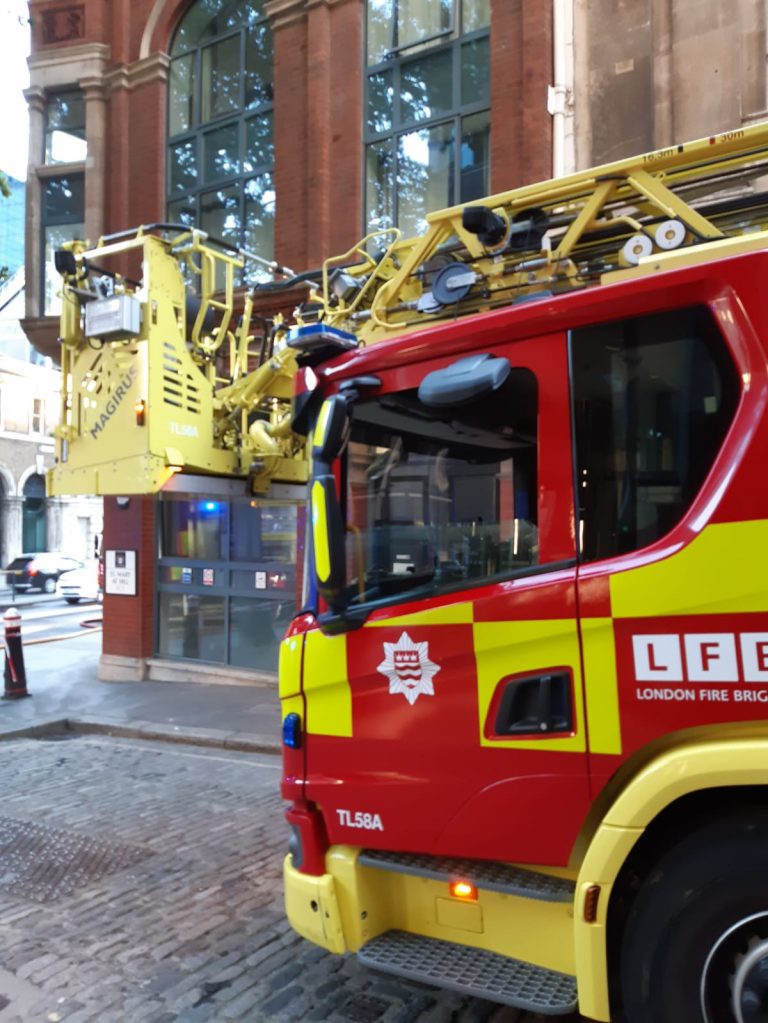 Twelve fire engines and around 80 firefighters were called to a fire at a restaurant on Monument Street in The City.

The ducting (extraction system) from the basement to the fourth floor was alight. There are offices and flats above the restaurant.

Station Commander Chris Mattingley, who was at the scene, said: “The fire spread through the ducting from the basement of the building up to the fourth floor.

“Firefighters worked hard in warm conditions to bring the fire under control.”

The Brigade’s 999 Control Officers took 18 calls to the blaze.

The Brigade was called at 1833 and the fire was under control 2115. Fire crews from Dowgate, Whitechapel, Dockhead, Shadwell and surrounding fire stations were at the scene. 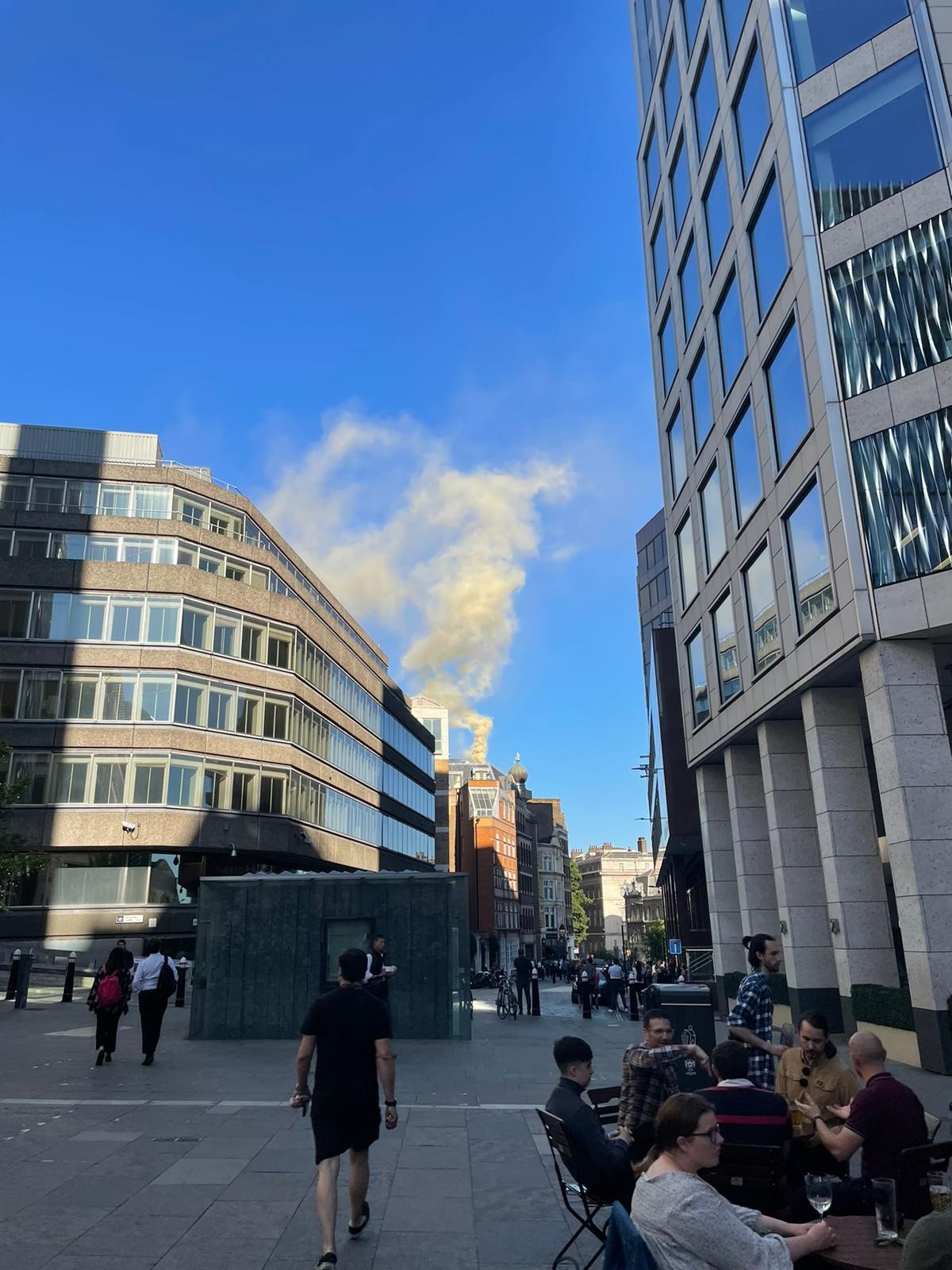 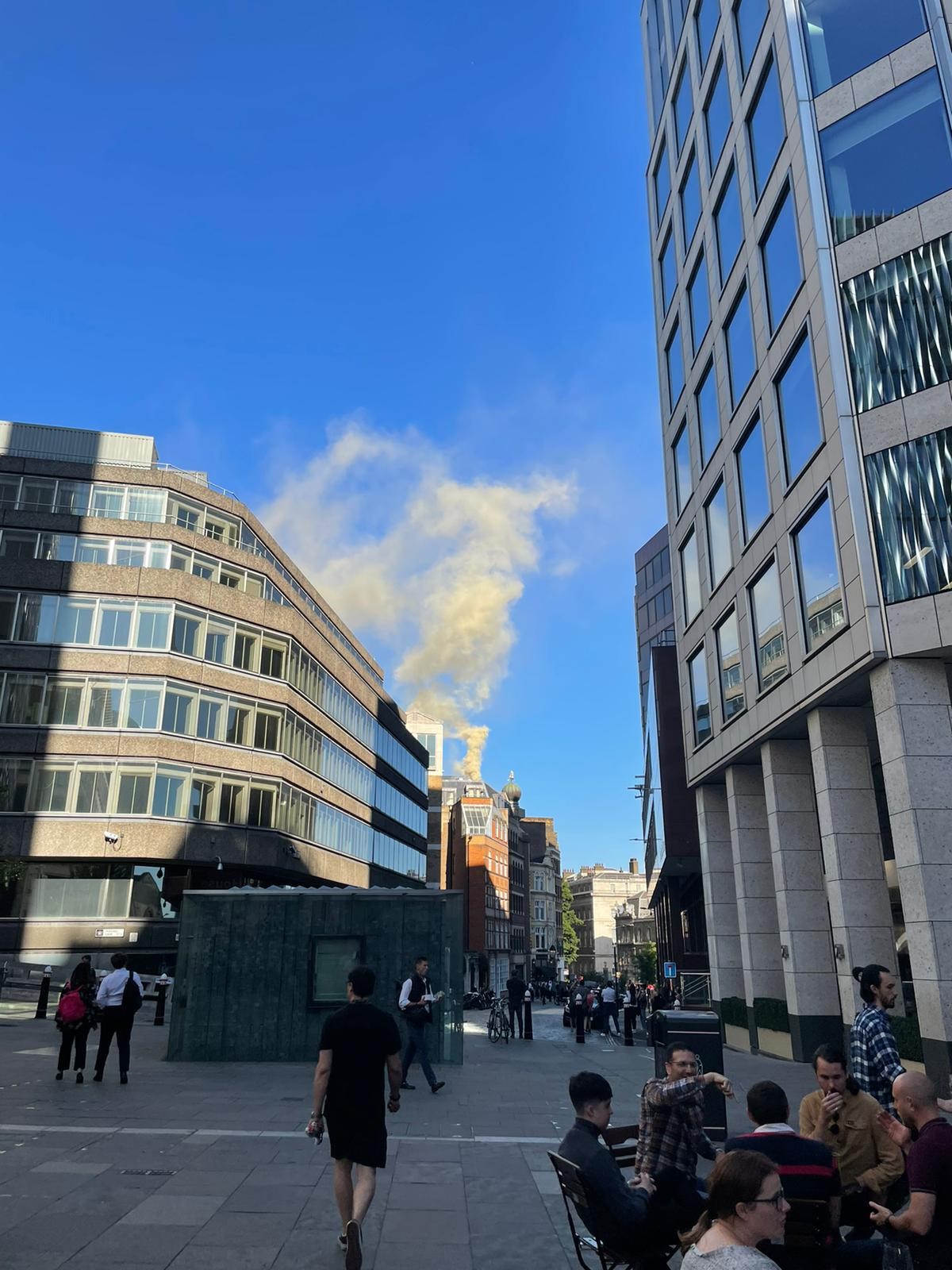 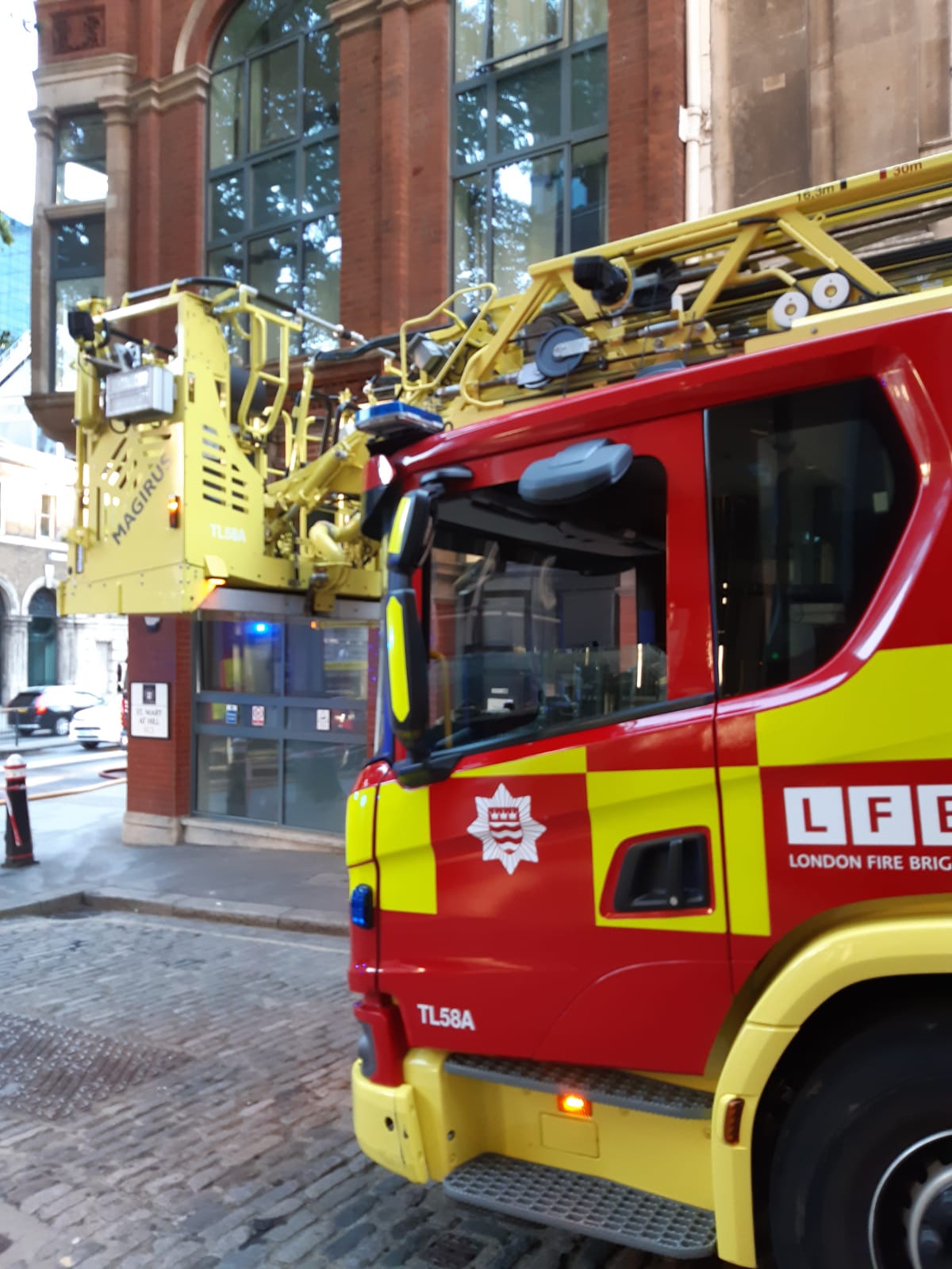 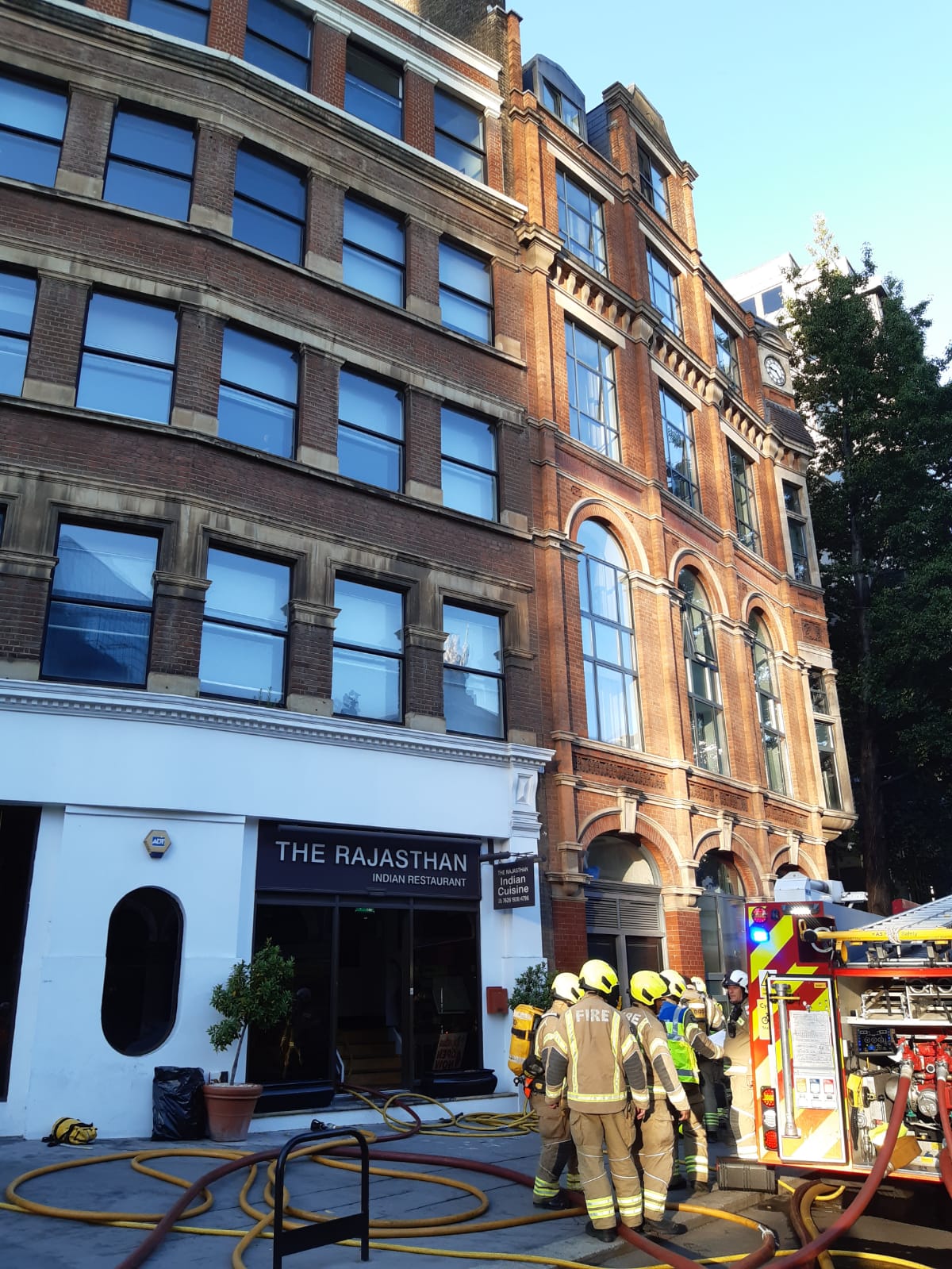