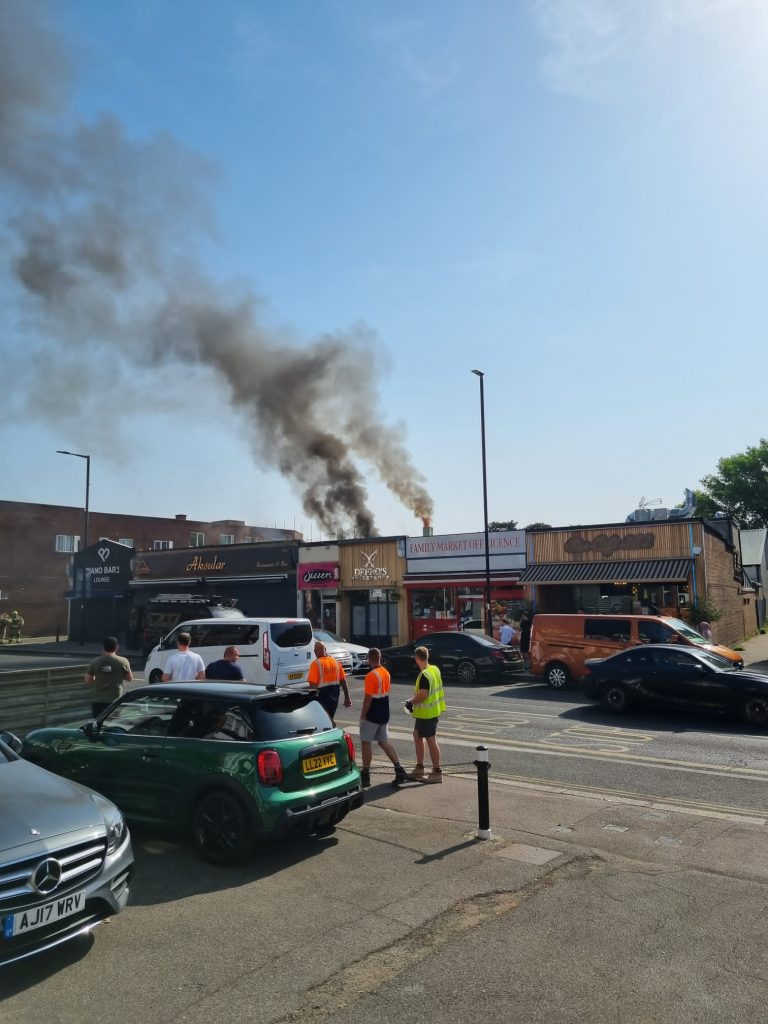 Ten fire engines and around 70 firefighters tackled a fire on Green Lanes in Palmers Green.

The single-storey building was destroyed by the blaze. One woman left the building before the Brigade arrived. She was taken to hospital by London Ambulance Service crews.

Station Commander Sami Goldbrom, who was at the scene, said: “The fire started in the restaurant’s ducting and spread.

“Crews worked hard in incredibly challenging conditions due to the hot weather.

“We had got two aerial ladders on scene assisting crews.”

The Brigade’s 999 Control Officers took 19 calls to the blaze.

The Brigade was called at 0922. and the fire was under control by 2006. Fire crews from Southgate, Hornsey, Finchley and Tottenham fire stations were at the scene. 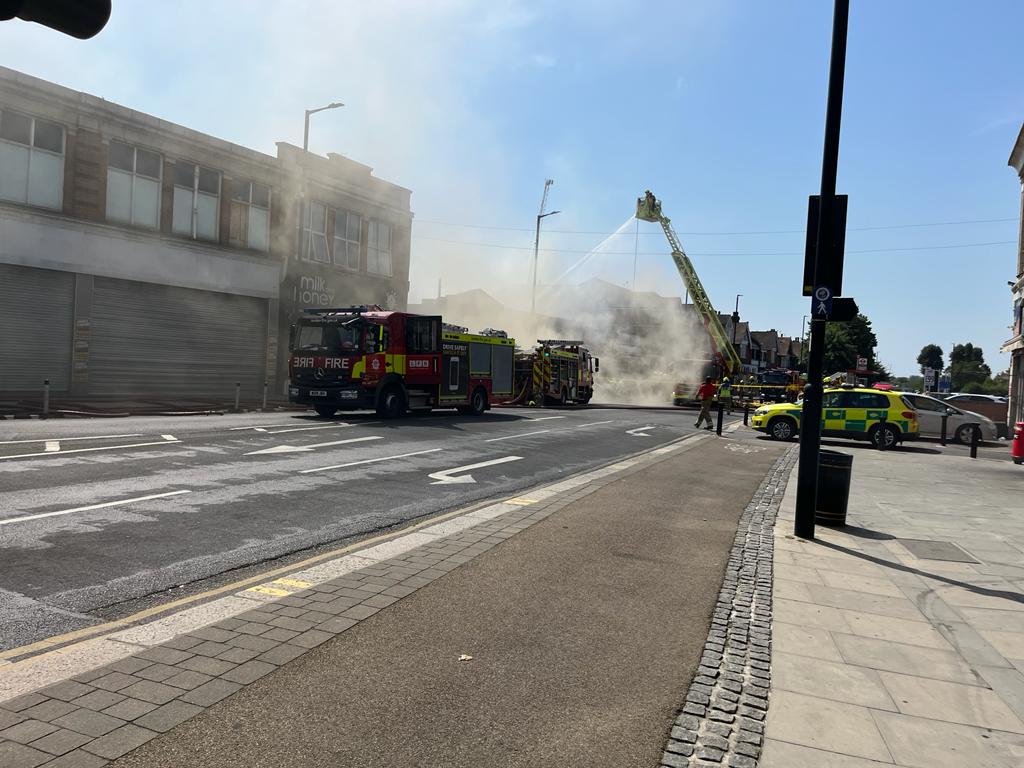 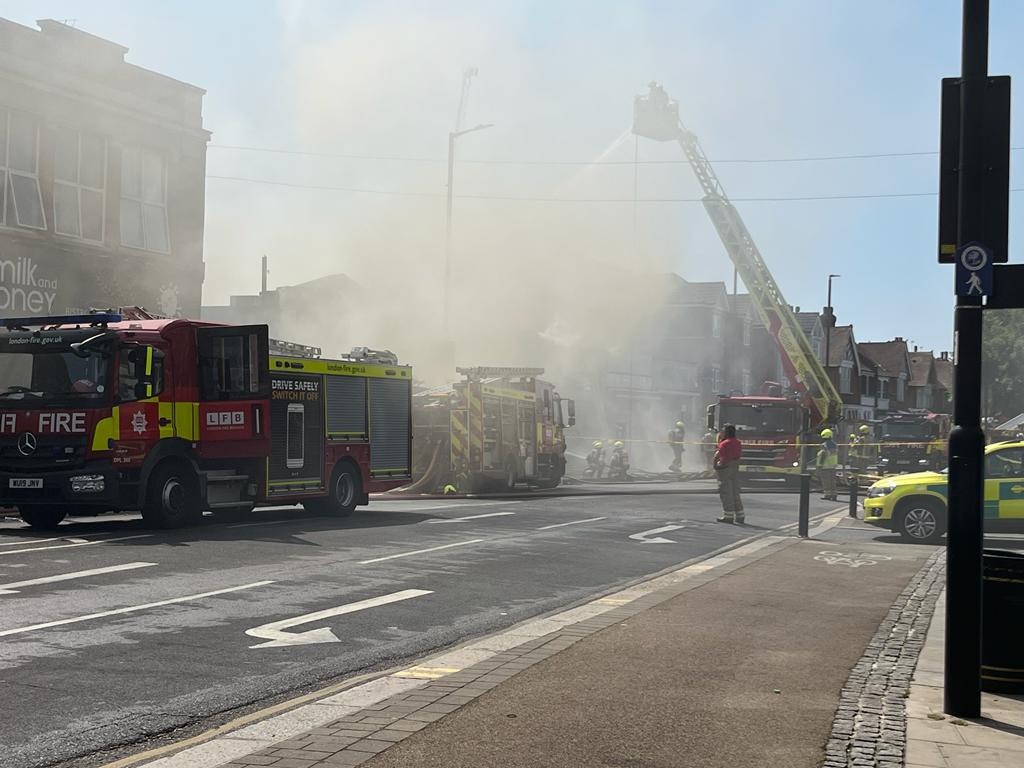 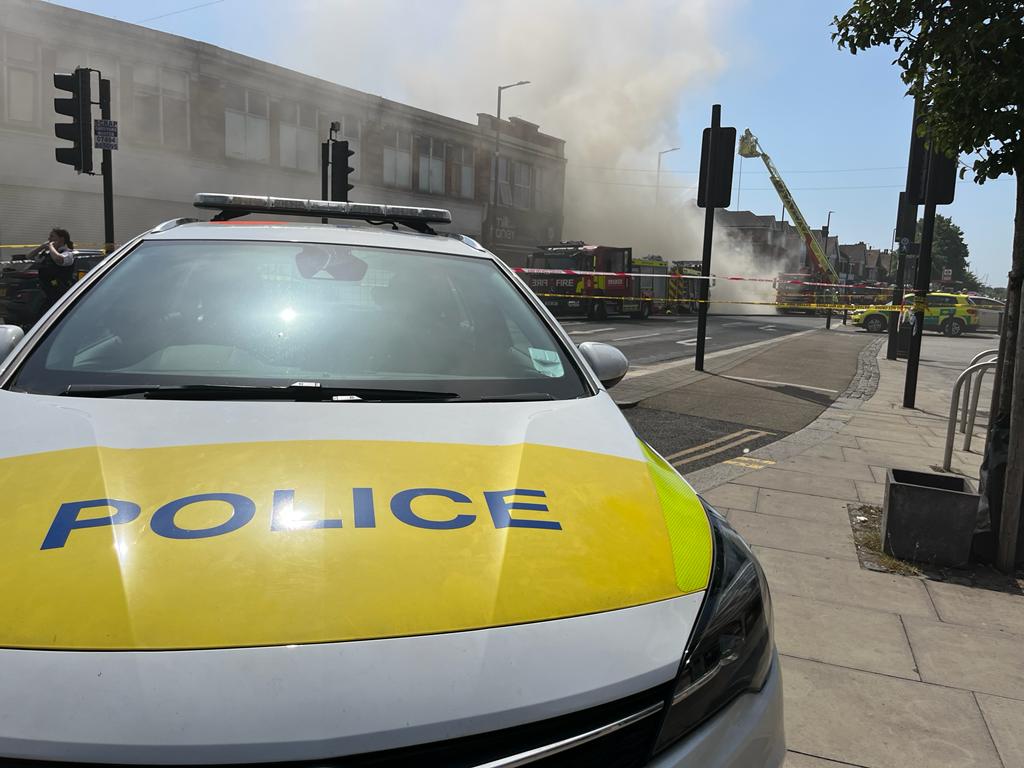 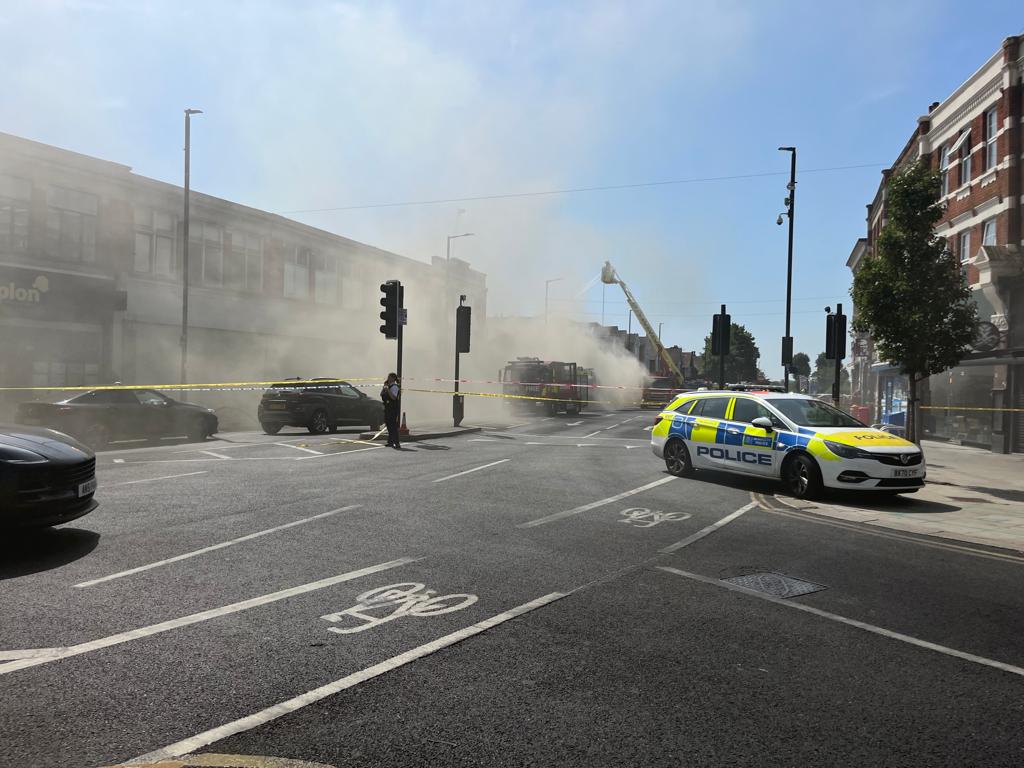 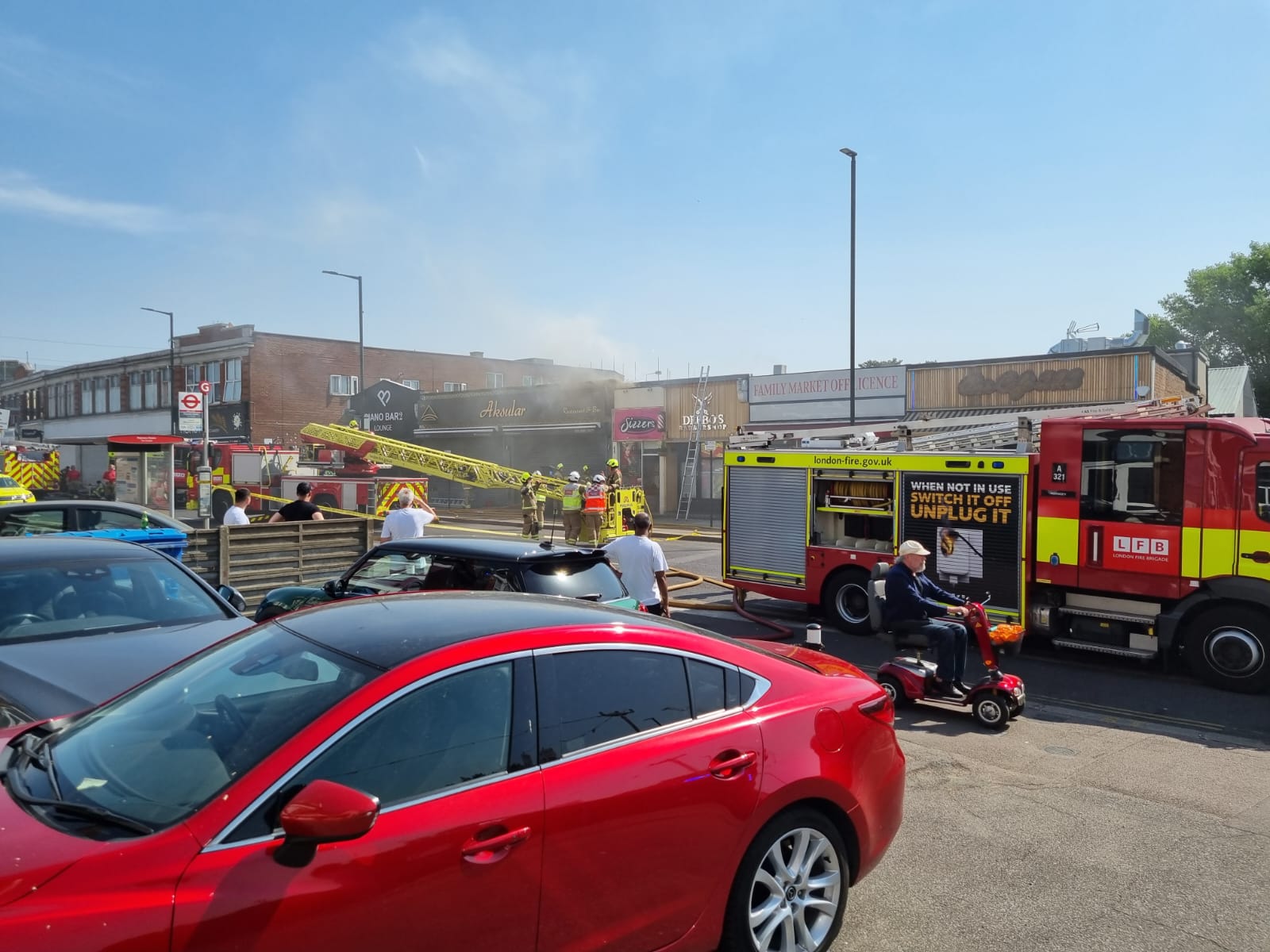 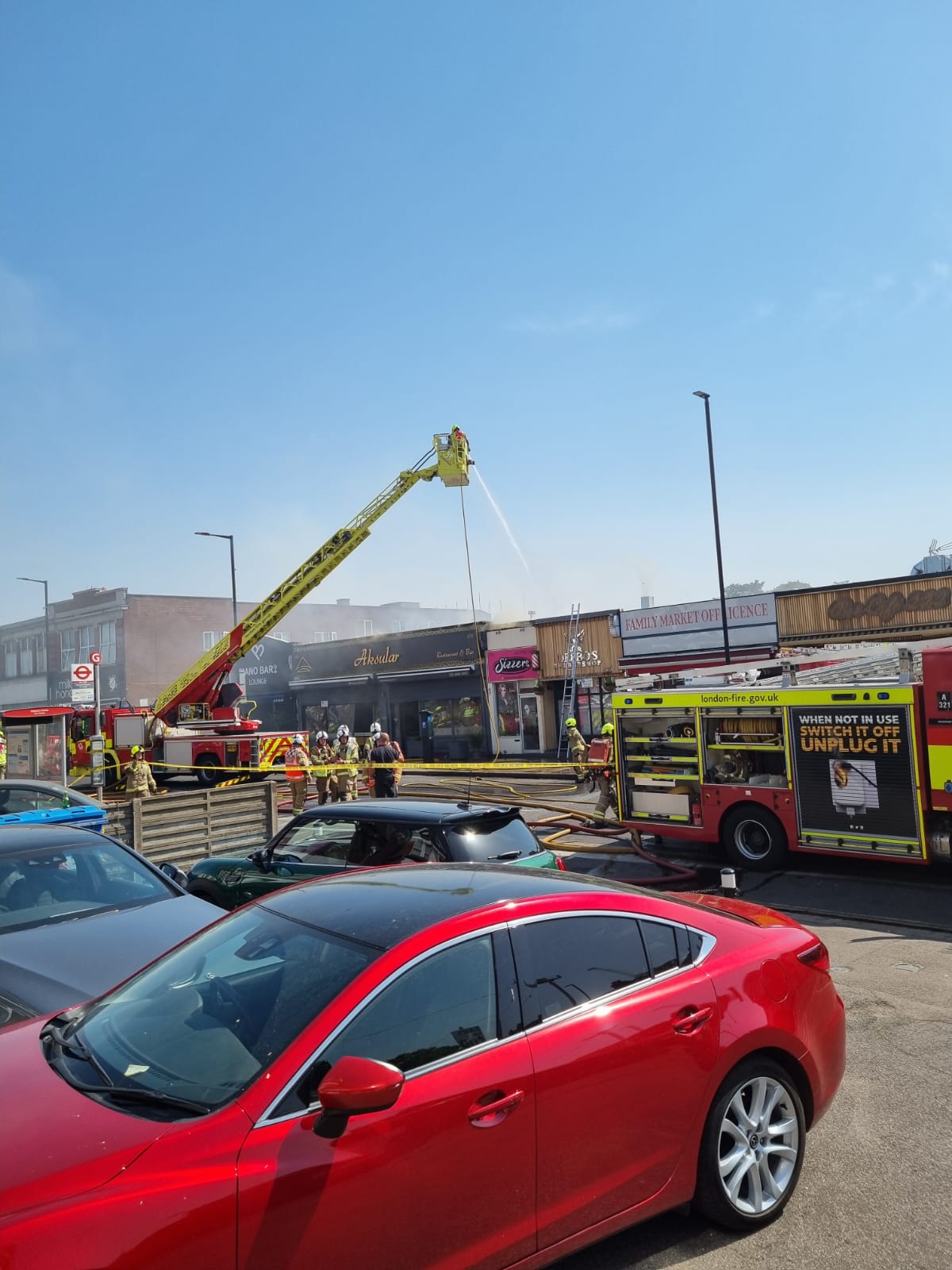 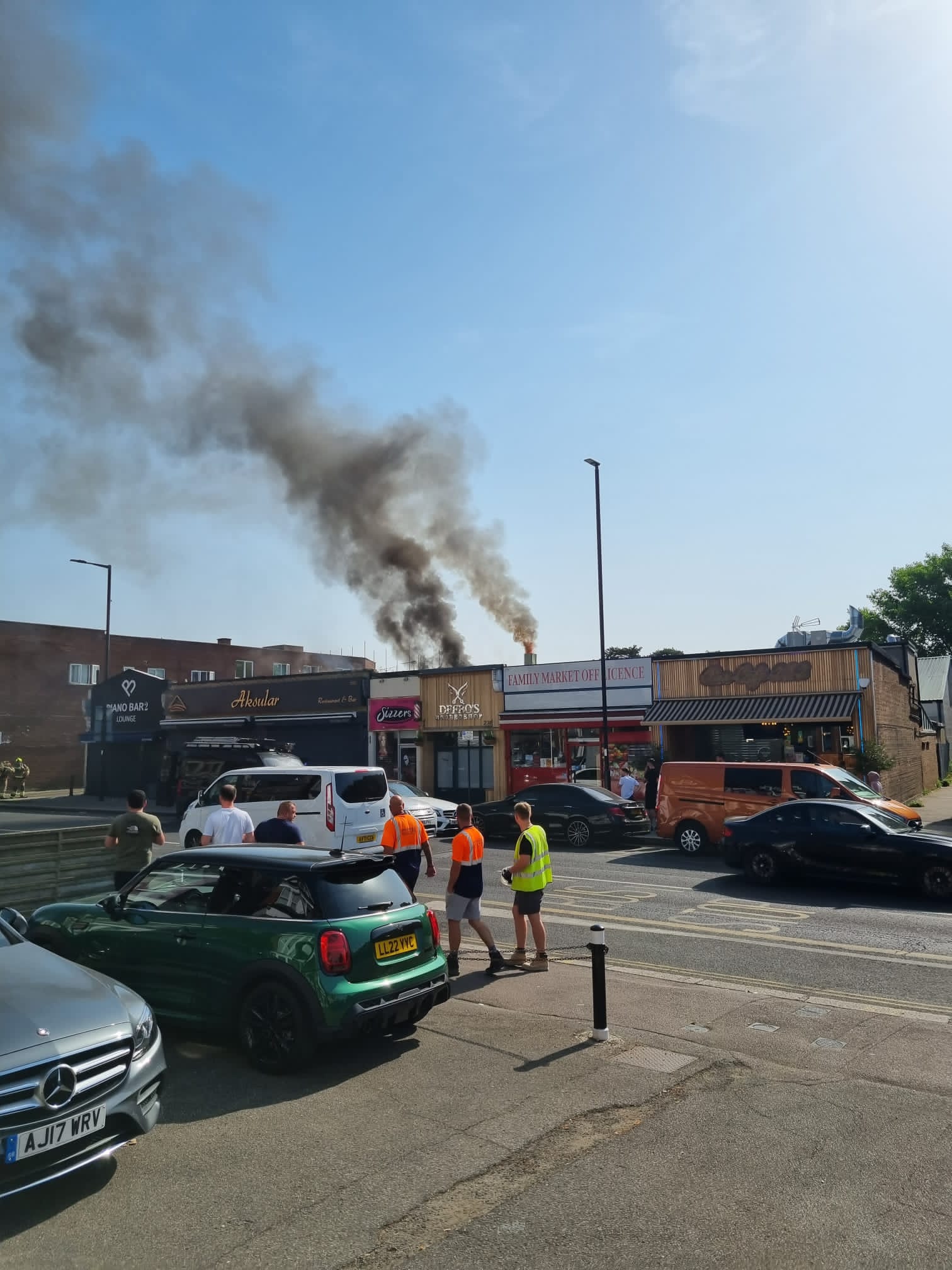