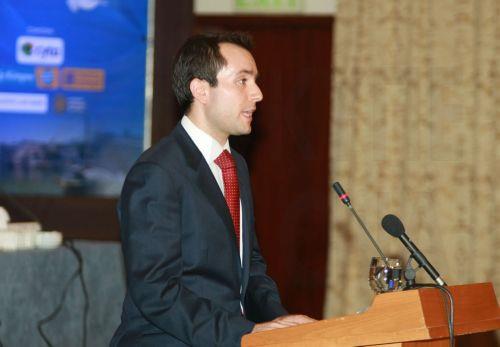 The raising of the flag of the illegal pseudo-state in the Turkish-occupied northern part of Cyprus, outside the Town Hall of the London borough of Waltham Forest, last autumn, was a violation of the local code of conduct, a legal investigation has concluded.

The flag-raising incident occurred on 15th November 2021, on the occasion of the 38th “anniversary” of the illegal ‘unilateral declaration of independence (UDI)’ by the secessionist regime.

It was organised and carried out by a Turkish Cypriot councillor of Waltham Forest along with colleagues.

The incident caused significant upset and outrage amongst the UK Cypriot diaspora.

At the time, the National Federation of Cypriots in the UK issued a statement condemning the flag-raising, along with British MPs. The local Council leader apologised and the flag was swiftly taken down.

The Council decided to ask a solicitor to conduct an investigation, which has concluded that the Councillor responsible “failed to comply with the Code [of Conduct] in respect of his actions regarding the event at the town hall.” The report also suggests that the flag-raising was done in order “to further [the Councillor’s] own political agenda.”

Since the local elections in May 2022, the person in question is no longer a member of the Council, so further disciplinary action could not be taken against him.

Responding to the release of the report the National Federation of Cypriots in the UK President Christos Karaolis said: “On behalf of the UK Cypriot community I am still deeply upset that the flag-raising incident ever happened, however I welcome the swift action that was taken by Waltham Forest Council at the time.”

Karaolis added that the report affirms the condemnation from local politicians because the action in question was clearly in breach of the Waltham Forest Code of Conduct, as well as international law and the relevant UN Security Council resolutions.

“I sincerely hope that Councillors in Waltham Forest and across the UK will respect the unequivocal conclusions of the report and learn lessons, so that this is not repeated in future,” Karaolis concluded.

An illegal breakaway state declared independence unilaterally, on November 15, 1983, in the areas under Turkish occupation, an action condemned by the UN Security Council and the international community as legally null and void. The illegal declaration followed the partition of the island after the Turkish military invaded Cyprus in 1974, occupying one third of its territory ever since.