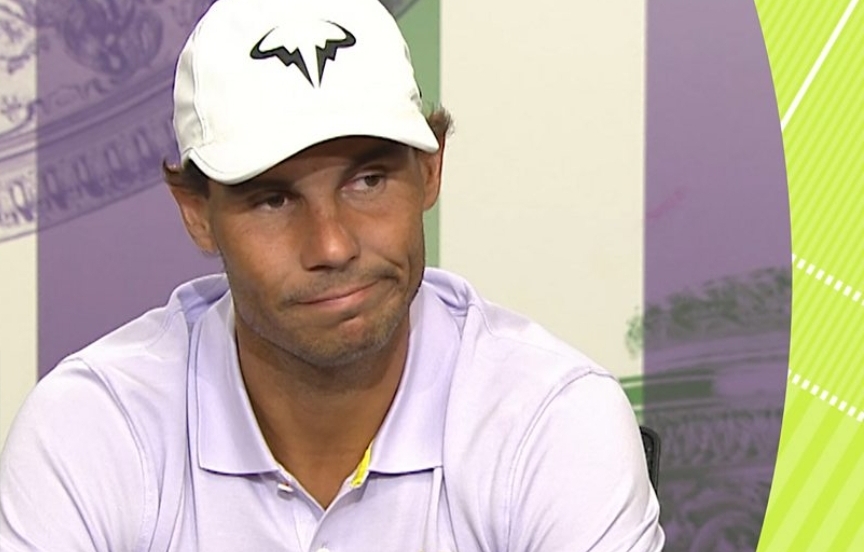 Rafael Nadal has withdrawn from his Wimbledon semi-final against Nick Kyrgios with an abdominal injury.

The 36-year-old Spanish second seed received treatment during his quarter-final against Taylor Fritz on Wednesday but pushed through the pain to win in five sets.

“I have tried a lot of times in my career to keep going but it is obvious the injury will get worse,” he said.

Nadal confirmed he has a tear in his abdominal muscle which means he would not be able to be competitive over two matches.

The 22-time Grand Slam champion had practised at Wimbledon away from the media earlier on Thursday but then called a news conference.

“Throughout the whole day I have been thinking about the decision to make,” Nadal told reporters.

“I think it doesn’t make sense to play. I feel very sad to say that.”

Nadal had strapping on his abdomen during his fourth-round match but was in visible pain from the injury against Fritz.

He took a medical timeout during the match and ignored calls from his father and sister to quit before somehow rallying to win.

The two-time Wimbledon champion had been on course for a calendar Grand Slam, having won the Australian and French Opens already this year.