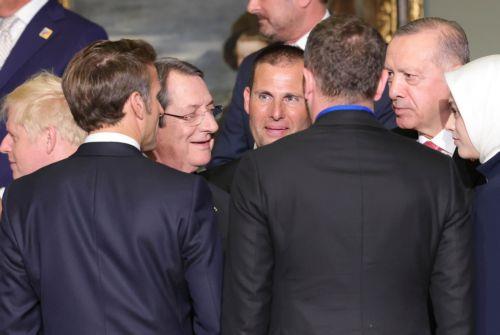 Cyprus President Nicos Anastasiades revealed on Saturday that in his brief encounter with Turkish President Recep Tayyip Erdogan last week in Madrid he proposed a meeting in Paris to discuss the Cyprus problem.

Anastasiades met with the Turkish President in Madrid in the context of a working dinner hosted for EU and NATO leaders in the framework of the NATO Summit last Thursday.

“The discussions were of friendly nature with the only intervention that, as my friend, President Macron mediated, I (said) I am ready to meet in Paris if he (Erdogan) wished so ,” Anastasiades added.

Responding to a question, the Cypriot President said Erdogan responded that they should meet in the northern part of Cyprus to which he replied “it is out of the question.”

Furthermore, asked on the proposals submitted by Turkish Cypriot leader Ersin Tatar to the UN Assistant Secretary-General for Europe, Central Asia and the Americas, at Department of Political and Peacebuilding Affairs, Miroslav Jenča, Anastasiades said he will respond accordingly when he receives them.

Cyprus has been divided since 1974 when Turkey invaded and occupied its northern third. Repeated rounds of UN-led peace talks have so far failed to yield results. The latest round of UN-brokered talks took place in Crans Montana, Switzerland in July 2017 but ended inconclusively.