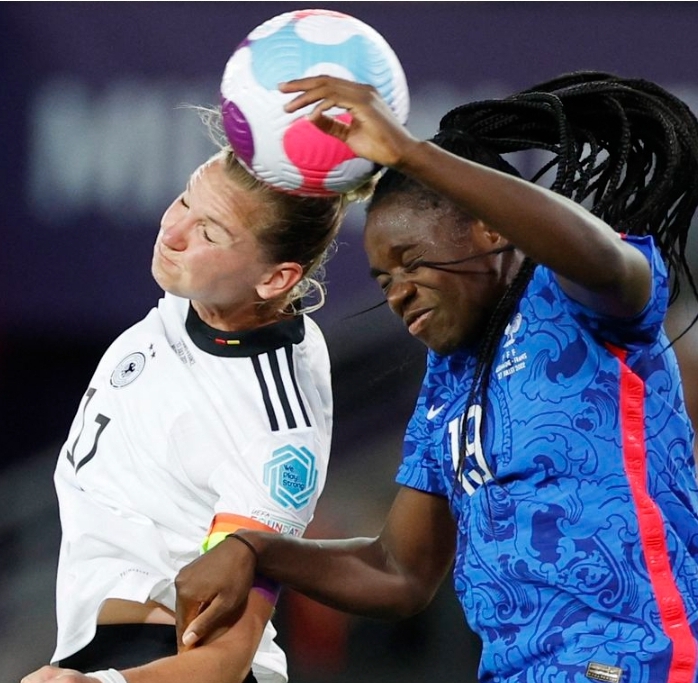 Prolific striker Alexandra Popp scored twice as Germany beat France 2-1 in their Euro 2022 semi-final on Wednesday to set up a clash with hosts England in Sunday’s final at Wembley.

The Germans, eight times European champions, will take on an England team on a high after their 4-0 thrashing of Sweden in Tuesday’s other semi.

“We played an amazing game and threw everything in,” said Popp, who has scored six goals in five games at the tournament after a lengthy spell of injury troubles