Painting depicting the main culprits of the Cyprus tragedy: 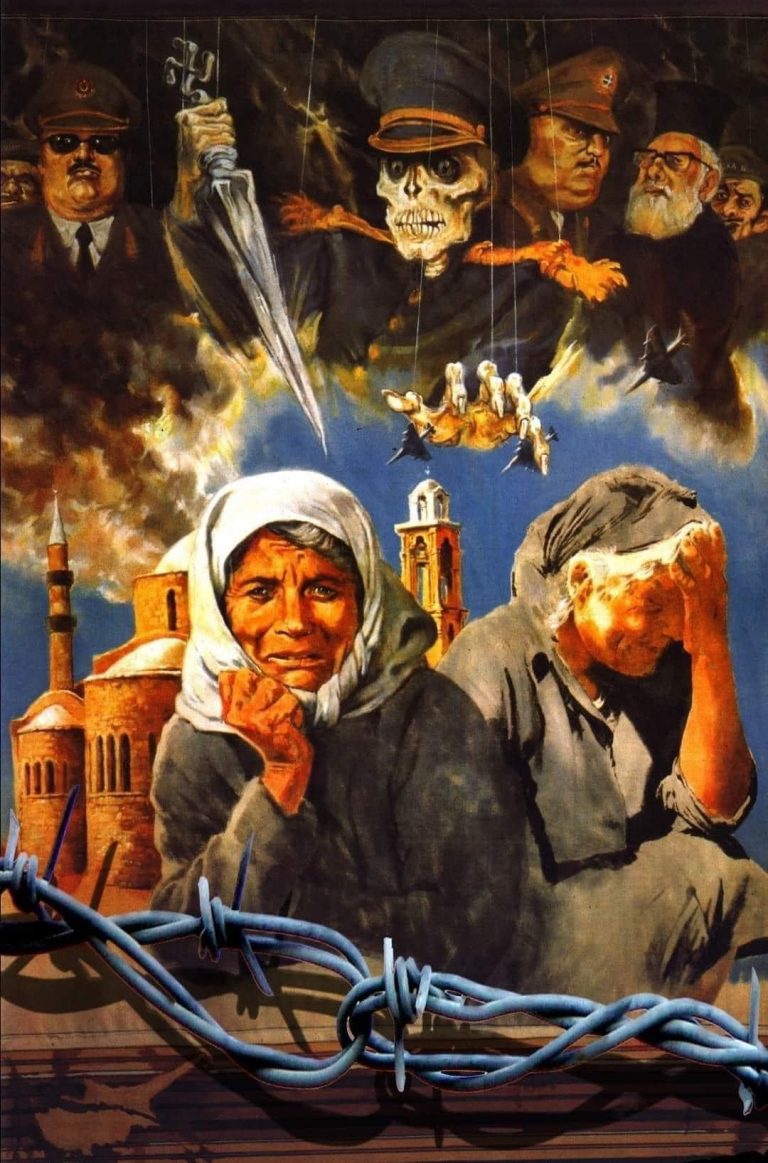 Painting by the late painter and comrade Michalis Kirlitsias depicting the main culprits of the Cyprus tragedy:
US-NATO, the militarists of Turkey, the junta of Greece, the Greek Cypriot fascist EOKA B and the Turkish Cypriot organisation TMT, together with the pro-junta pro-EOKA B circles of the Church who attempted a coup in the Holy Synod as part of the general conspiracy against President Makarios.
The victims are the Cypriot people – Greek Cypriots and Turkish Cypriots who lived, worked and struggle together. See less