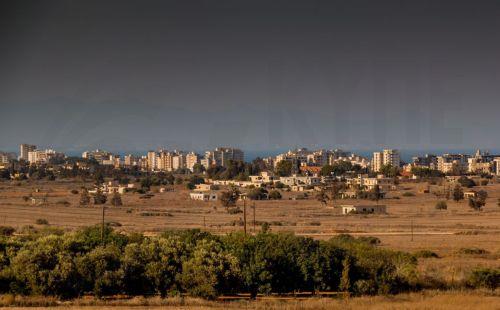 The Cypriot Minister of the Interior Nicos Nouris said on Sunday he’ s not satisfied with the pace of placing natural obstacles and the formation of the Green line monitoring group, with a view to curb migrant flows to the government-controlled areas.

Speaking to journalists following a memorial service, Nouris said the Republic of Cyprus respects human rights but called for more support from the European Union on the disproportionate migration burden the country is facing.

In the first five months of 2022, Cyprus received more than 11,000 asylum applications, with the authorities noting that majority comes from Turkey and especially through the green line dividing Cyprus.

The Minister also said that before “pointing the finger” to a front-line member state, the EU should in the same way address Turkey which “is the source of the problem.”

Turkey has systematically instrumentalised migration in the region of the Eastern Mediterranean, Nouris said, adding that the EU should make representations to Turkey before making any remarks on Greece.

Replying to a comment, Nouris said he did not want to comment on EU Commissioner for Home Affairs warning to Greece over pushbacks, stating that Cyprus is one of the front-line member states facing a serious problem which has “the dimension of a flood.”

“We are doing what is humanly possible,” he said, adding that rightly Cyprus seeks more support from the EU.

Furthermore, the Minister said there is no other way other than curbing migration flows via the green line and maximising migrants re-admissions and deportations.

Asked on the plans to hire 300 special policemen to guard the green line, Nouris said he’s not satisfied with the pace of the placing natural obstacles nor the formation of this monitoring group.

“I believe that matters of national necessity highlight the need to override certain procedures, while observing the law,” he said.

Recalling that Poland in just six months has completed the construction of a 165-kilometre long and 6 metres high fence, Nouris said it “is not logical Cyprus, which is facing a disproportionately bigger problem to move in such pace.”