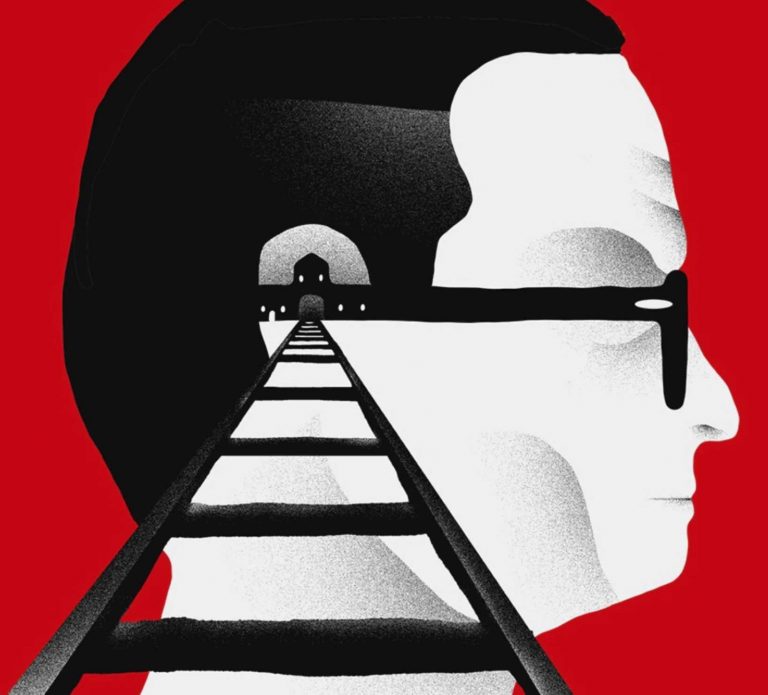 Adolf Eichmann (1906 – 1962) was a German-Austrian Obersturmbannführer in the Schutzstaffel (SS), the ‘Protection Squadron’ paramilitary organisation in Nazi Germany, and one of the organisers of the Holocaust. He was tasked with the logistics for the mass deportation of millions of Jews to ghettos and extermination camps in Nazi-occupied Eastern Europe.
Eichmann escaped from post-war Germany and went into hiding in Argentina. In 1960, Israel’s secret service, The Mossad, sent an eight-man team to find him. Eichmann was captured on 11 May 1960 and subsequently found guilty of war crimes in Jerusalem. He was executed by hanging in 1962.
Argentina had a history of turning down extradition requests for Nazi criminals, so Israeli Prime Minister David Ben-Gurion decided that Eichmann should be captured and brought to Israel for trial. Eichmann was interrogated daily, whilst awaiting trial. The transcripts totalled 3,500 pages.

Eichmann appeared before Jerusalem’s Central Court on 11 April 1961. Under the 1950 Nazi and Nazi Collaborators (Punishment) Law, he was indicted on 15 criminal charges, including crimes against humanity, war crimes, crimes against the Jewish people, and membership in a criminal organisation. The trial was presided over by three judges: Moshe Landau, Benjamin Halevy and Yitzhak Raveh.
Eichmann sat inside a bulletproof glass booth. Videotape of the trial was flown daily to the United States for broadcast the following day. The prosecution case was presented over 56 days, with hundreds of documents and 112 witnesses, many of them Holocaust survivors.
Some of the evidence for the defence involved depositions by leading Nazis. The defence team demanded that they brought to Israel. This was denied by the Attorney General, Gideon Hausner, saying that he would arrest any war criminals who entered Israel.
The prosecution proved that Eichmann had visited Chełmno extermination camp, Auschwitz, and Minsk, and therefore was aware that the deportees were being killed. In his testimony, Eichmann insisted he followed orders, and was bound by an oath of loyalty to Hitler – the same defence that other Nazis used in the 1945–1946 Nuremberg trials.
The verdict was read on 12 December 1961. Eichmann was convicted on 15 counts of crimes against humanity, war crimes, crimes against the Jewish people, and membership of a criminal organisation.
He was responsible for the dreadful conditions onboard the deportation trains and for obtaining Jews to fill those trains. In addition, he was convicted for crimes against Poles, Slovenes and Gypsies. On 15 December 1961, Eichmann was sentenced to death by hanging.

Eichmann’s defence team appealed the verdict to the Israeli Supreme Court and to Israeli President Yitzhak Ben-Zvi for clemency. The appeal for clemency was denied.
Eichmann was hanged at a prison in Ramla, 1 June 1962. His last words were, ‘Long live Germany. Long live Argentina. Long live Austria. These are the three countries with which I have been most connected and which I will not forget. I greet my wife, my family and my friends. I am ready. We’ll meet again soon, as is the fate of all men. I die believing in God.’

Eichmann’s body was cremated, and his ashes scattered in the Mediterranean Sea, outside Israeli territorial waters, by a Navy patrol boat.

The trial and the surrounding media coverage sparked renewed interest in wartime events, resulting in the publication of memoirs and scholarly works.
Eichmann’s son Ricardo Eichmann was not resentful toward Israel for executing his father. He said that the ‘following orders’ argument does not excuse his father’s actions. Ricardo was a professor of archaeology at the German Archaeological Institute.