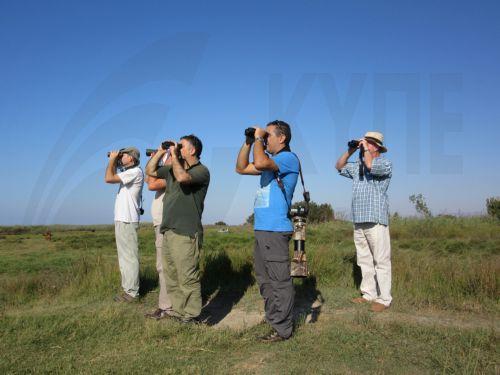 The Cyprus Rare Birds Committee confirmed the Akrotiri Environmental and Education Centre’s record of an African Desert Warbler, on April 19 last year, and accepted and officially recognised it as the first of its species in Cyprus.

A press release says that the African Desert Warbler is traditionally a sedentary bird, better known for living on the breeding grounds of north-west Africa and not in the Cyprus climate.

Having initially submitted the record last year, the good news was confirmed to Dr Thomas Hadjikyriakou, the manager at the Akrotiri Environmental Centre, at the end of April this by the Cyprus Rare Birds Committee and he is not surprisingly delighted with the decision.

Explaining the effort that went in to having the species officially recognised, he said that the African Desert Warblerwas recorded on the west of the Peninsula when it was seen feeding within Juniper maquis and Mediterranean phrygana, primarily on Phoenicean juniper and Thyme shrubs.

“The observation lasted for about two hours, during which the species was monitored and photographed.” he said.

The African Desert Warbler is a small bird with a length of 11.5 centimetres and breeds on semi-arid areas from the Western Sahara, to West Libya.

Dr Hadjikyriakou said the bird prefers “sandy deserts sparsely vegetated with low shrubs and grasses and it feeds mostly on small insects and some berries and seeds, foraging mostly on the ground and low vegetation”.

Putting into context the significance of the discovery, he continued: “This is a new species for Cyprus, and one that was not expected to be seen on the island as it is a largely resident species, found within its normal distribution, about two thousand kilometres away from Cyprus.

“The Akrotiri Peninsula is considered an area that has been well-researched from a bird perspective but still new species are discovered, highlighting the need for further intensifying bird research.”