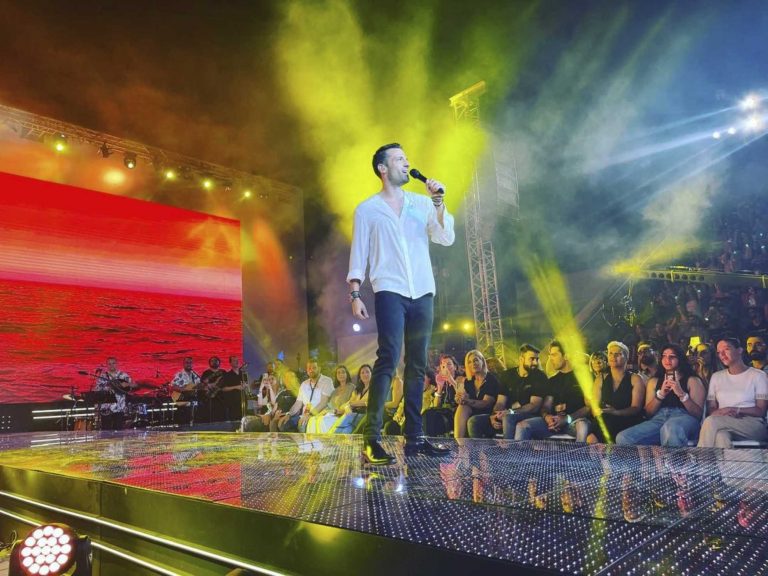 Last Friday saw the season finale of Alpha Cyprus’ Louis Night Show, with special guest Konstantinos Argiros.
Following a chat with the show’s host Louis Patsalides, the Greek singer had a touching surprise in store for his Cypriot fans.
During a live performance of his latest single Eleftheros, and with the help of Maria Iakovou, Headteacher of Latsia 4th Primary School, Konstantino changed the lyrics of the second verse, making reference to our occupied island and to a free, united Cyprus.
The lyrics translated read: “From Paphos to Kyrenia and from Varosi to Limassol, may our island be united, without weapons and the army. Towards Pentadaktylos’ castles we’ll head again, and freely we will sing, Cyprus, my sweet homeland.”
The crowd responded with a rapturous applause.