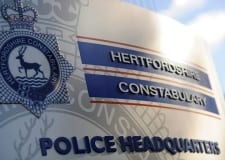 Police are appealing for witnesses and information after a boy was reportedly bitten by a dog in Potters Bar.

The incident occurred in Cranborne Road, at around 12.15pm on Saturday 25 June.

A 10-year-old boy was walking across the pelican crossing with his mother, when they were approached by an unknown man with a dog on a lead.

The dog lunged at the boy and bit him on the thigh, causing injury.

The man walked off with the dog, without leaving any details.

He is described as being white, around 5ft 11in tall, of slim build and aged around 20 years old. He was wearing a black T-shirt, with a blue shirt unbuttoned over the top and blue shorts.

The dog is described as being “large” and brown/ginger in colour, but the breed is not currently known.

PC Robert Jowett, who is investigating, said: “Understandably, this was a very distressing incident for the boy and his mother.

“We’ve been conducting several enquiries in the local area to try and trace the dog and the man involved, including house to house visits and reviewing any CCTV opportunities, but these have so far proved unsuccessful.

“We’re now asking the wider public for assistance, in case they have any information which may assist us. If you can help, please contact police.”

Anyone with information is asked to please contact PC Jowett via email.

You can also report information online, speak to an operator in our Force Communications Room via our online web chat or call the non-emergency number 101, quoting crime reference 41/50695/22.