Increase of COVID-19 cases up to 34% in some countries of Europe since last week, EU Commissioner says 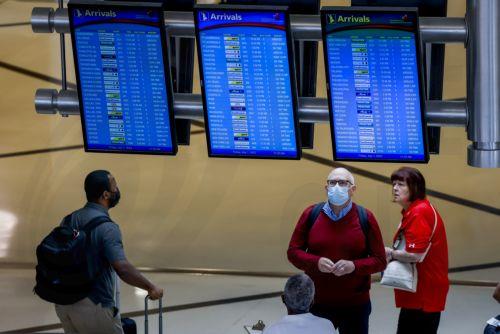 The increase of COVID-19 cases in some countries of Europe since last week has been up to 34%, EU Health and Food Security Commissioner, Stella Kyriakides, told Cypriot journalists covering the European Parliament plenary in Strasbourg, on Tuesday.

Kyriakides said that she expects by July 17-18 the new  ECDC recommendation for the EU member states on what action they should immediately take, based on scientific data.

Moreover she stressed the need to stay alert and be prepared for next Autumn, noting that the member states should enhance monitoring from now own, their health systems and their overall readiness.

“We are in continuous contact with vaccine manufacturers and we have readjusted our contracts to align demand and supply,” she noted.

Moreover she said that in September they will probably be in a position to approve the vaccines that will target the new mutations.

The Commissioner stressed the need to continue vaccinations, noting that sufficient vaccines are available.

She said that according to the latest ECDC data the percentage of the cases in ages over 65 years old has increased in 21 out of the 26 countries that provide relevant data.

Kyriakides also noted that 760 Ukrainian patients who need to be treated have been transferred to EU hospitals, thanks to the EU solidarity mechanisms and the generosity of member states and EEA partners.

This is European solidarity in practice, she said, adding that Ukraine can continue to count on EU support.

The Commissioner noted that “along with the member states we have provided more than 42,000 tones of humanitarian aid, including medicines and medical supplies.”

As regards the increase of hepatitis cases of unknown cause among children, she said that the WHO has recorded 650 possible cases worldwide, in 33 countries until May 26.

Moreover she said that until June 16, 449 cases were recorded in 20 European countries.

Kyriakides said that data for the transmission of the disease remain unclear and that the ECDC has, in close cooperation with WHO, created a monitoring system in which countries can record  cases.

She also noted that assumptions related to side-effects of the COVID-19 vaccines are not supported for the time being, as most of the children that have been affected by hepatitis have not been vaccinated against COVID-19.