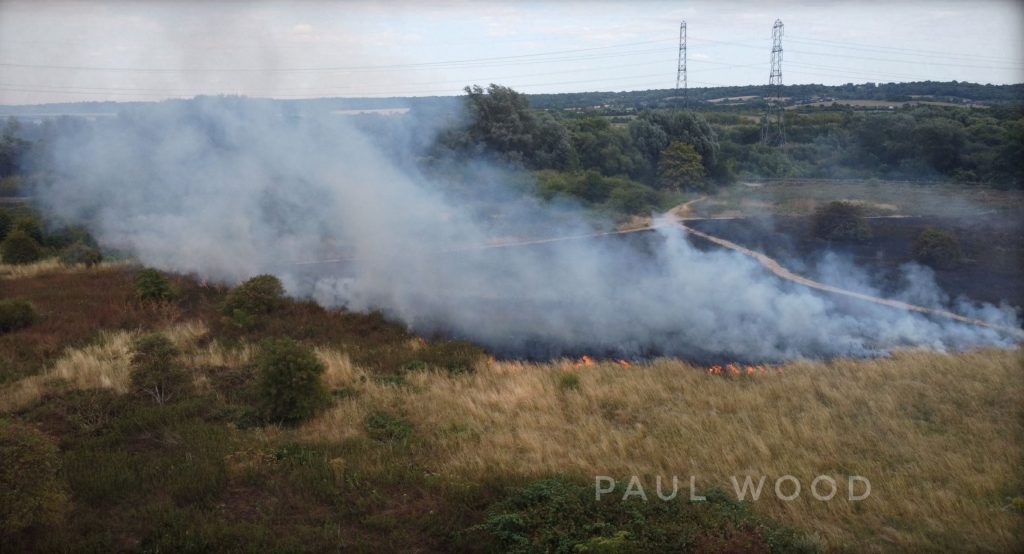 Ten fire engines and around 70 firefighters tackled a grass fire on South Ordnance Road in Enfield.

Around six hectares of grass and shrubland was alight over an area covering around 20 hectares. There are currently no reports of any injuries.

The Brigade’s 999 Control Officers took more than 20 calls to the blaze.

A London Fire Brigade spokesperson said: “The fire produced smoke and ash which was blowing towards local properties and over the M25 between junctions 25 and 26.

“We asked residents to keep windows and doors closed whilst firefighters worked to bring the blaze under control.

“Make sure rubbish, especially glass, is safely thrown away and cigarettes are always properly disposed of. Grass will be tinder dry after periods of hot weather, so please don’t have barbecues in parks and public spaces.”

The Brigade was called at 1512 and the fire was under control by 1825. Fire crews from Holloway, Enfield, Chingford, Stratford, Ilford and surrounding fire stations attended the scene. 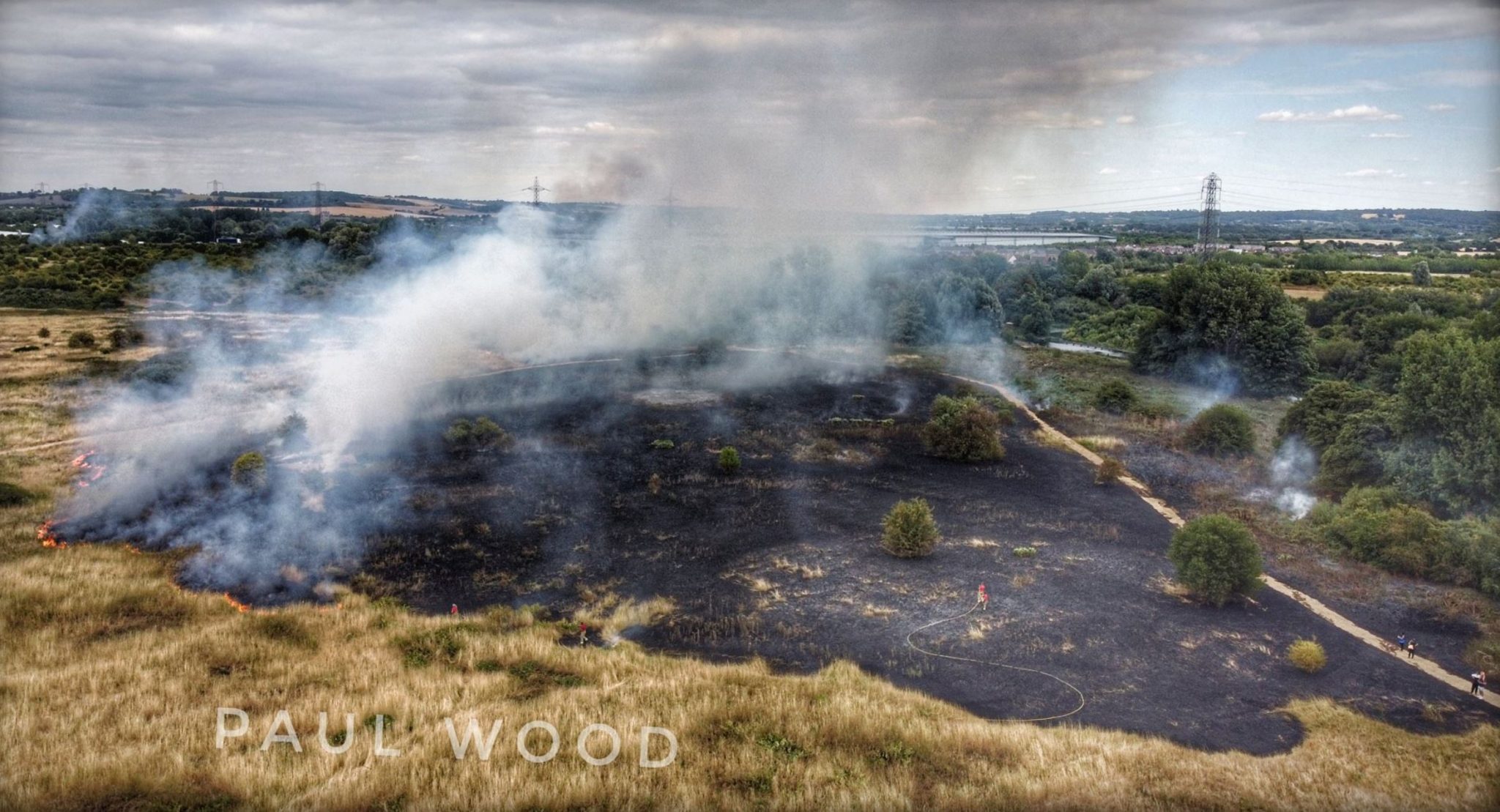 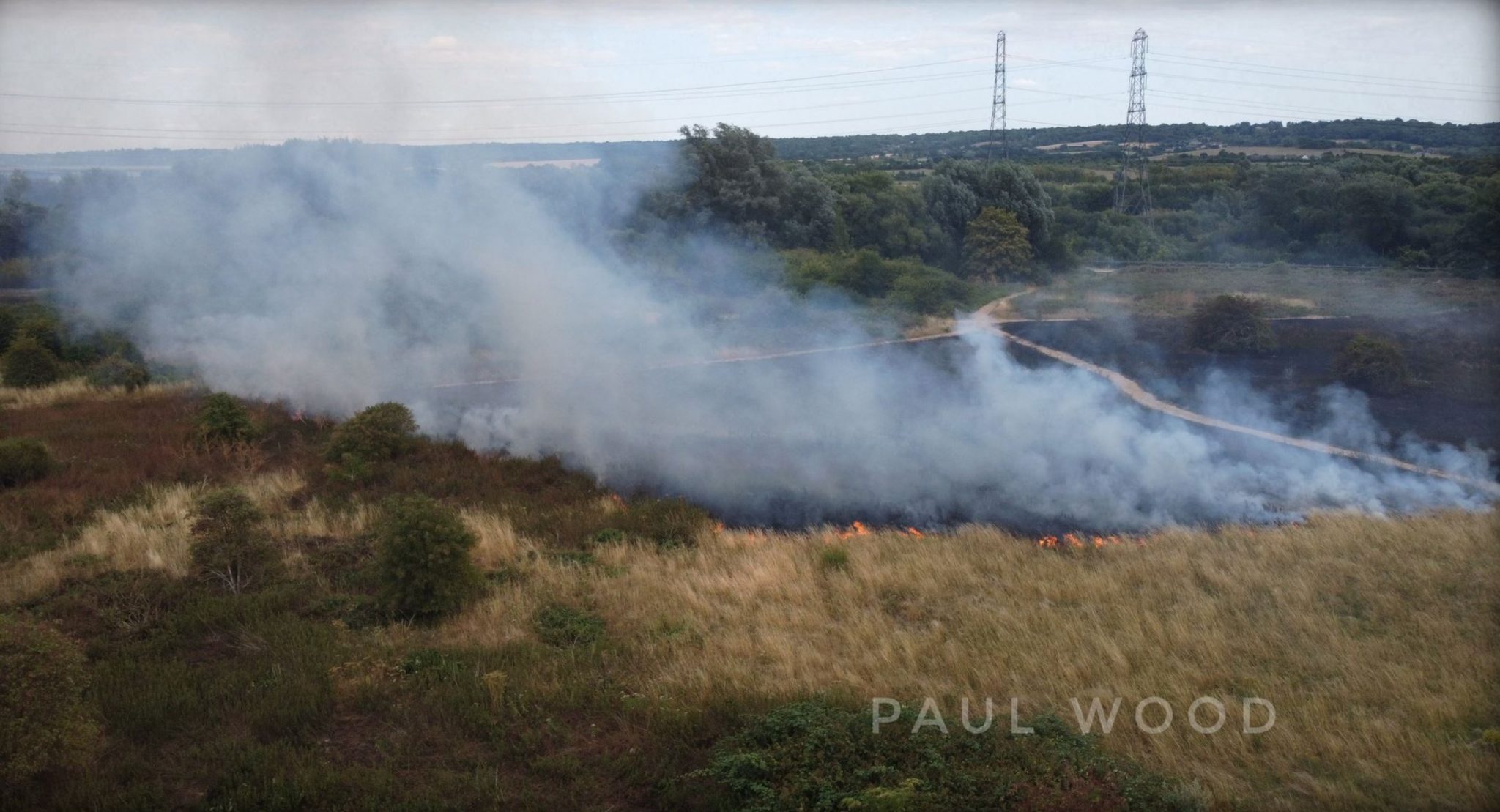 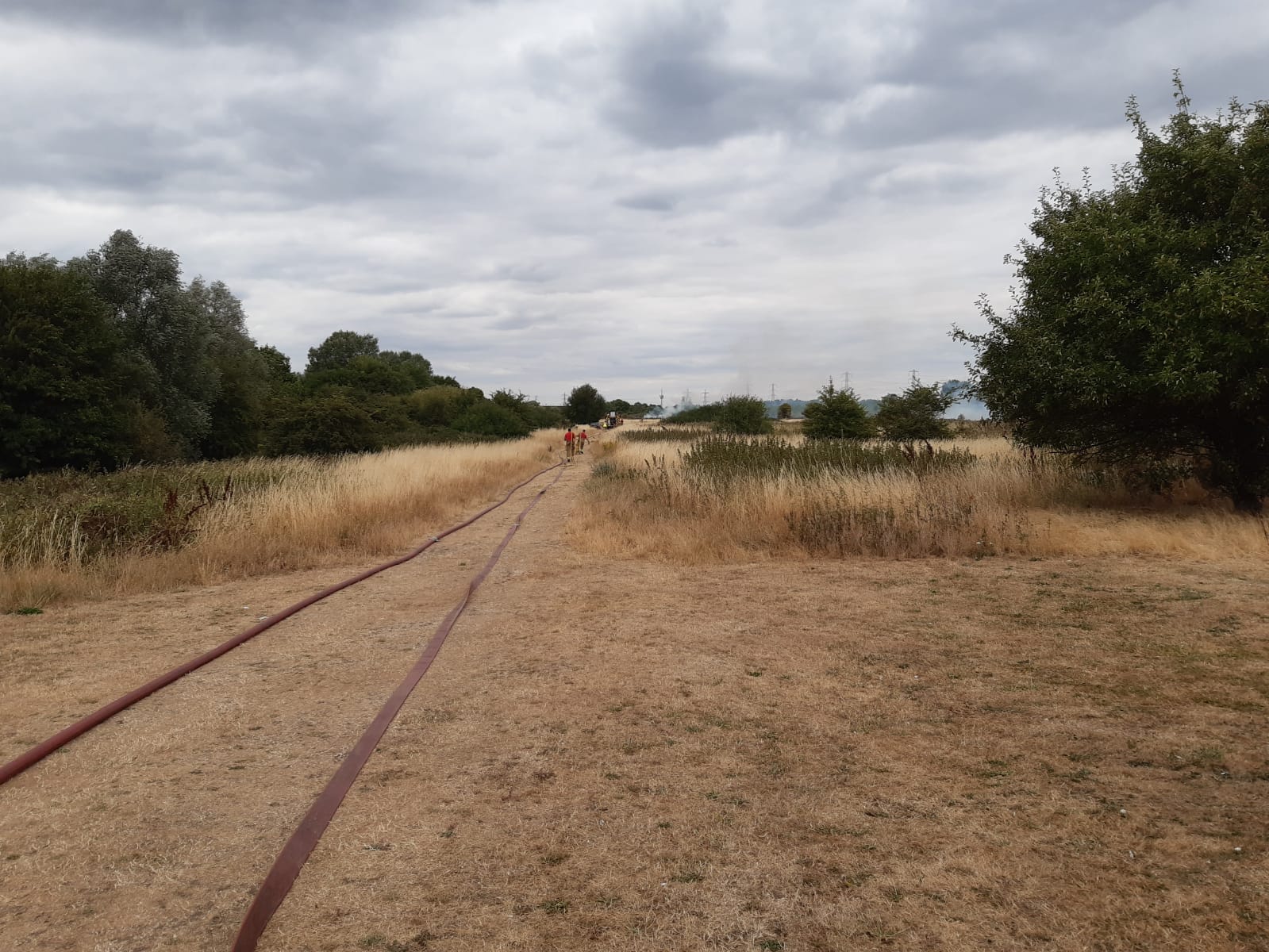