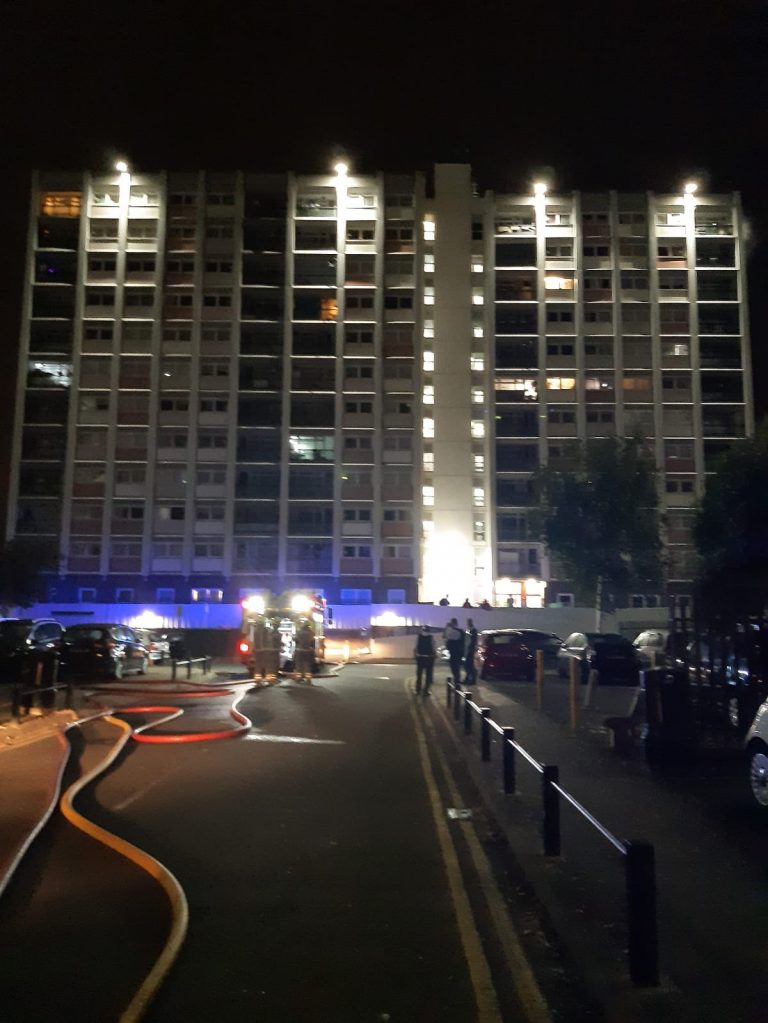 Eight fire engines and around 60 firefighters dealt with a flat fire on Coopersale Close in Woodford Green.

Half of a flat on the fourth floor was damaged by fire.

Around 20 people evacuated the building before the Brigade arrived with a number of other residents staying safely in their flats.

The Brigade was called at 0301 and the fire was under control by 0348. Fire crews from Woodford and surrounding fire stations were at the scene. The cause of the fire is under investigation.