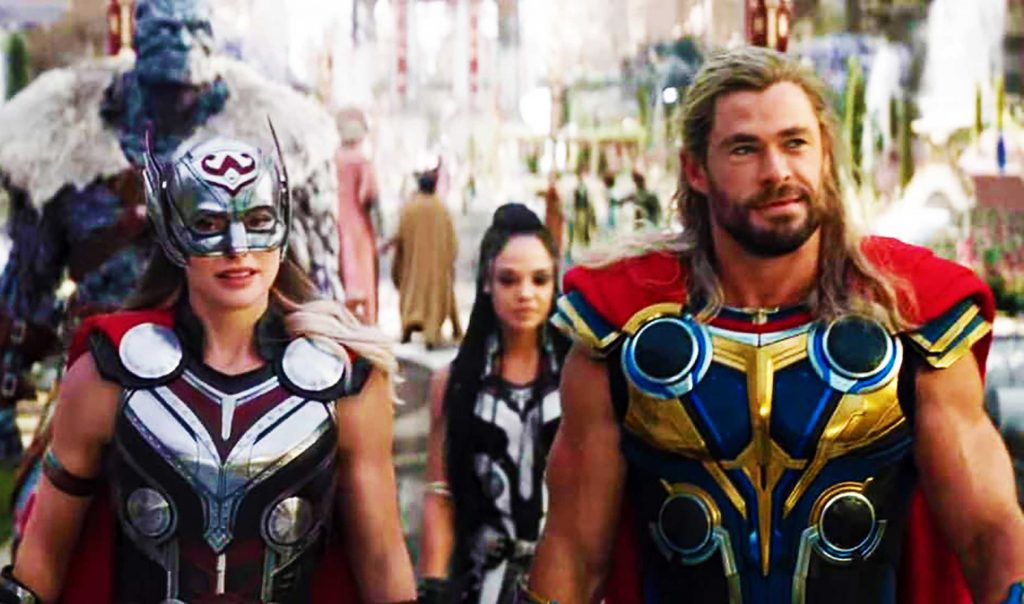 THOR: LOVE AND THUNDER
Taika Waititi, the director of THOR: RAGNAROK and JOJO RABBIT, returns for the latest instalment of this hugely successful franchise. Last time in RAGNAROK Waititi brought his bizarre, silly sense of humour to this superhero adventure which worked wonders and thankfully he brings it on yet again!
Thor (Chris Hemsworth) is lured back from retirement when Gorr (Christian Bale), the God Butcher enters the scene seeking the extinction of all the gods. Thor joins forces with King Valkyrie Korg (Tessa Thompson) and with his ex-girlfriend Jane Foster (Nathalie Portman), who mysteriously arrives brandishing Thor’s powerful hammer Mjoinir…
Waititi also lends his voice to the lovable rock-man Gorg, the main narrator of the story who also talks about his own childhood when he was growing up with two dads. It is a witty screenplay with many laugh out loud moment’s and playful moments including variations on Jane Foster’s name – “Thor was in love with Jane Fonda” or “ Was is it Jodie Foster perhaps.” But the main attraction is the winning chemistry between Hemsworth and Portman plus the plethora of epic battle scenes superbly choreographed with mind blowing special effects. There is also a brilliant prologue in the desert which introduces a genuinely nasty villain superbly played by a menacing, creepy Bale.
Many stars make brief, unexpected guest appearances including Russell Crowe as Zeus boasting a dodgy Greek accent. An enjoyable summer blockbuster! 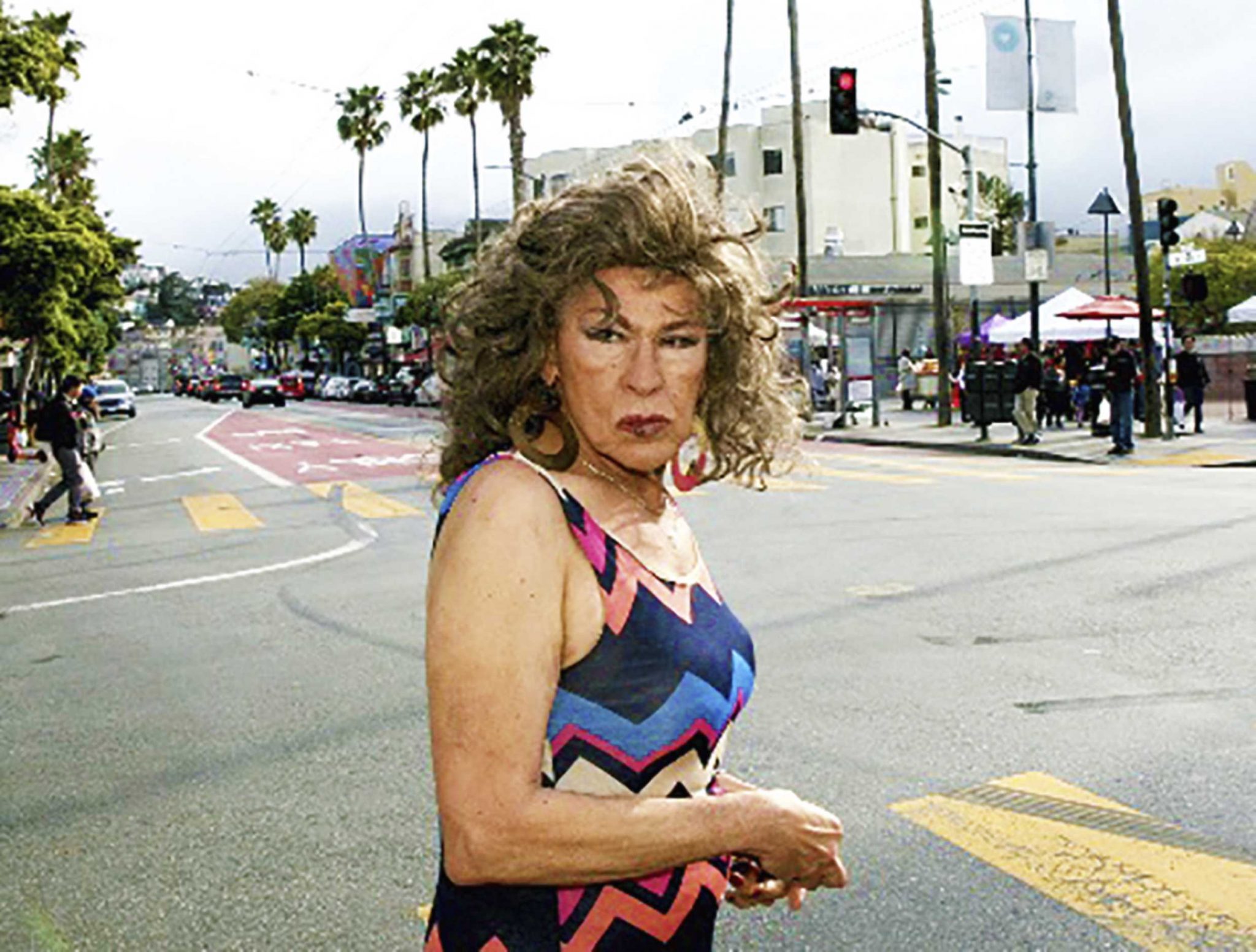 Jay Bedwani’s engaging documentary celebrates the life of Trans activist and performer Donna Personna, who talks candidly about her life and her Baptist upbringing in San Jose. Donna is now in her seventies and remembers fondly the crush she had for her sister’s boyfriend when she was young and mischievously asked him to teach her how to kiss which he kindly obliged. Donna gets very excited when she is asked to contribute towards writing a play about the Compton’s Cafeteria Riot, in which transgender women stood up against the police…
A truly inspirational film about a true survivor! 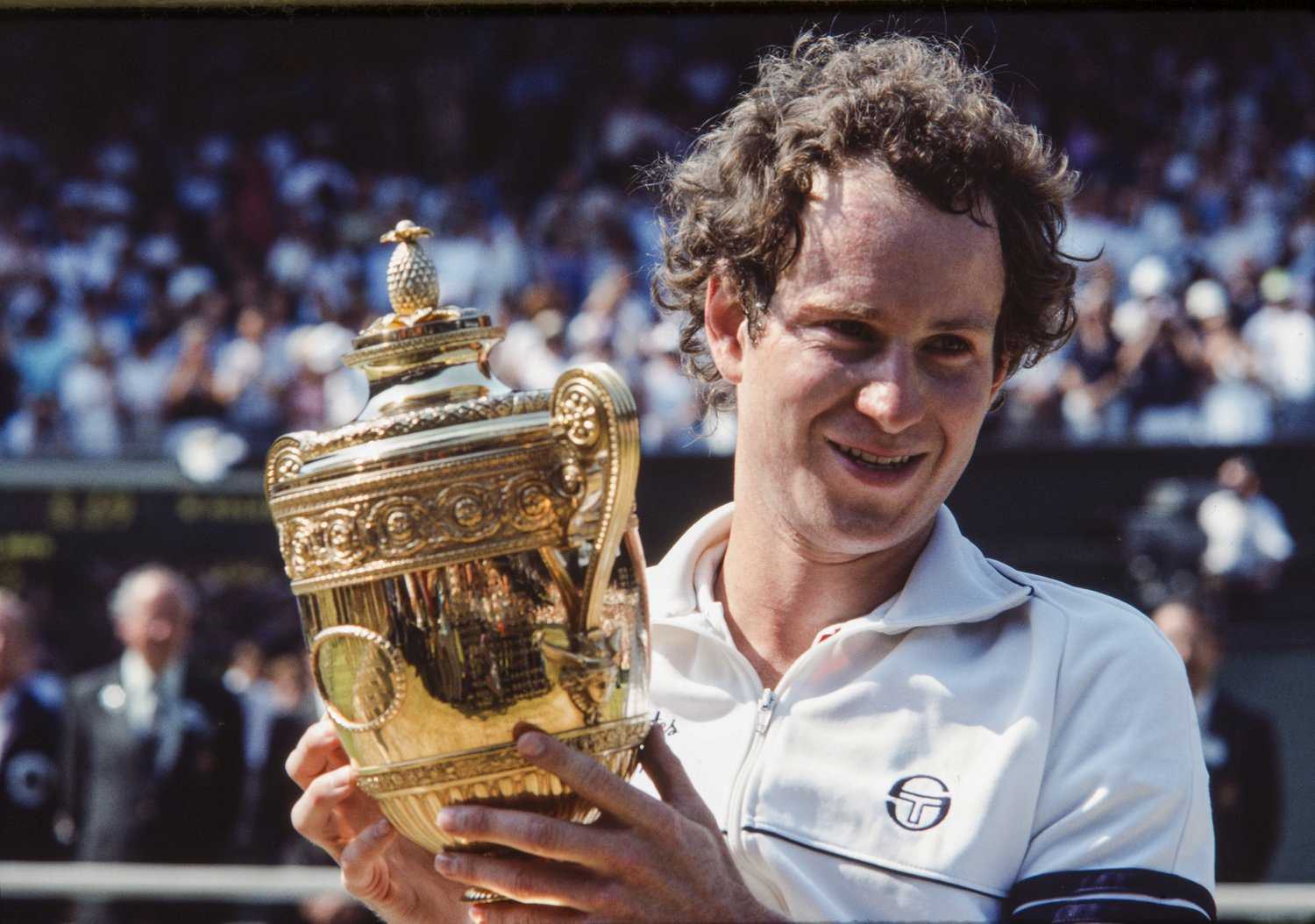 Barney Douglas’s engaging documentary arrives just in time to cure those who suffer from post Wimbledon blues. John McEnroe speaks openly about his life and career especially during those turbulent years during the late seventies and early eighties. His magnetic personality, uncontrollable temper but most importantly his special skills on the tennis court led him become Number One in the world in four consecutive years. “He was like a rock star, you never knew what’ll happen next.”
There is some splendid archive material especially with Bjorn Borg but personally I found the stuff with his two wives and children more fascinating. He first married Tatum O’Neil before he met his soul mate the Patty Smith, who lovingly says: “I married a bad boy who turned into a good man”. 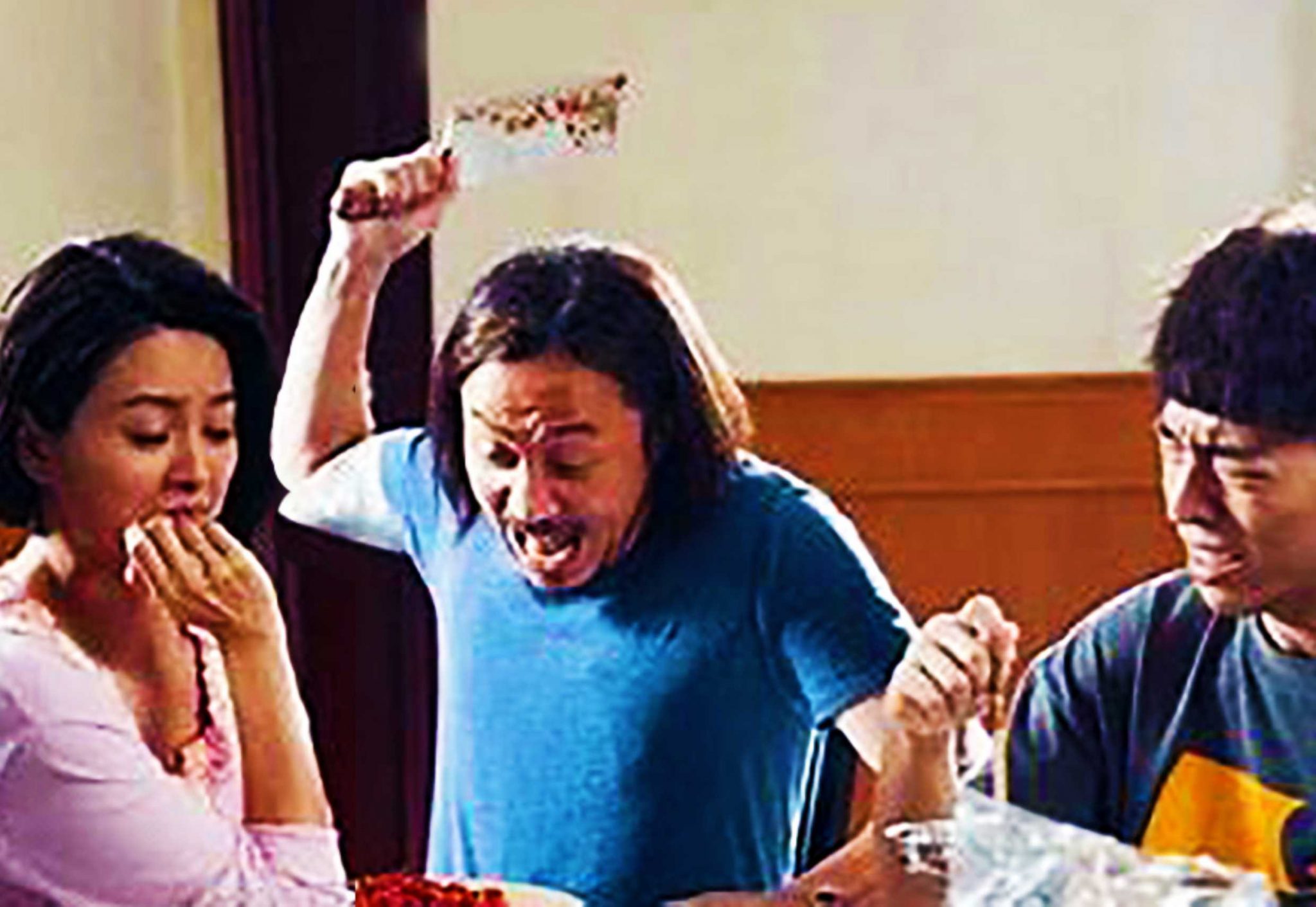 This Hong Kong comedy is based on true events and follows the story of a family starting an online business during the pandemic. The mother is well known for her homemade chilli sauce especially amongst her son’s Coba’s co-workers and soon enough Coba convinces his family to turn his mother’s chilli sauce into an online enterprise…
The three actors – Sandra Ng, Ronald Cheng Leung and Eden Lui are well known Hong Kong comedians and work brilliantly together as a family. It is an amiable film with a few predictable chilli gags, but it works thanks to the manic energy and strong presence of its protagonists.

BRUISED
This marks Halle Berry’s directorial debut in which she also plays Jackie Justice, a disgraced MMA fighter determined to exorcise the demons from her past before a fresh start. But first she needs to build up a bond with her son she had given up when he was a baby…
Berry delivers a highly psychical and fearless performance in this cross between ROCKY and LOSING ISAIAH- a film in which she played a drug addicted mother opposite Jessica Lange. (Netflix)

ATTACK OF THE HOLLYWOOD CLICHES! 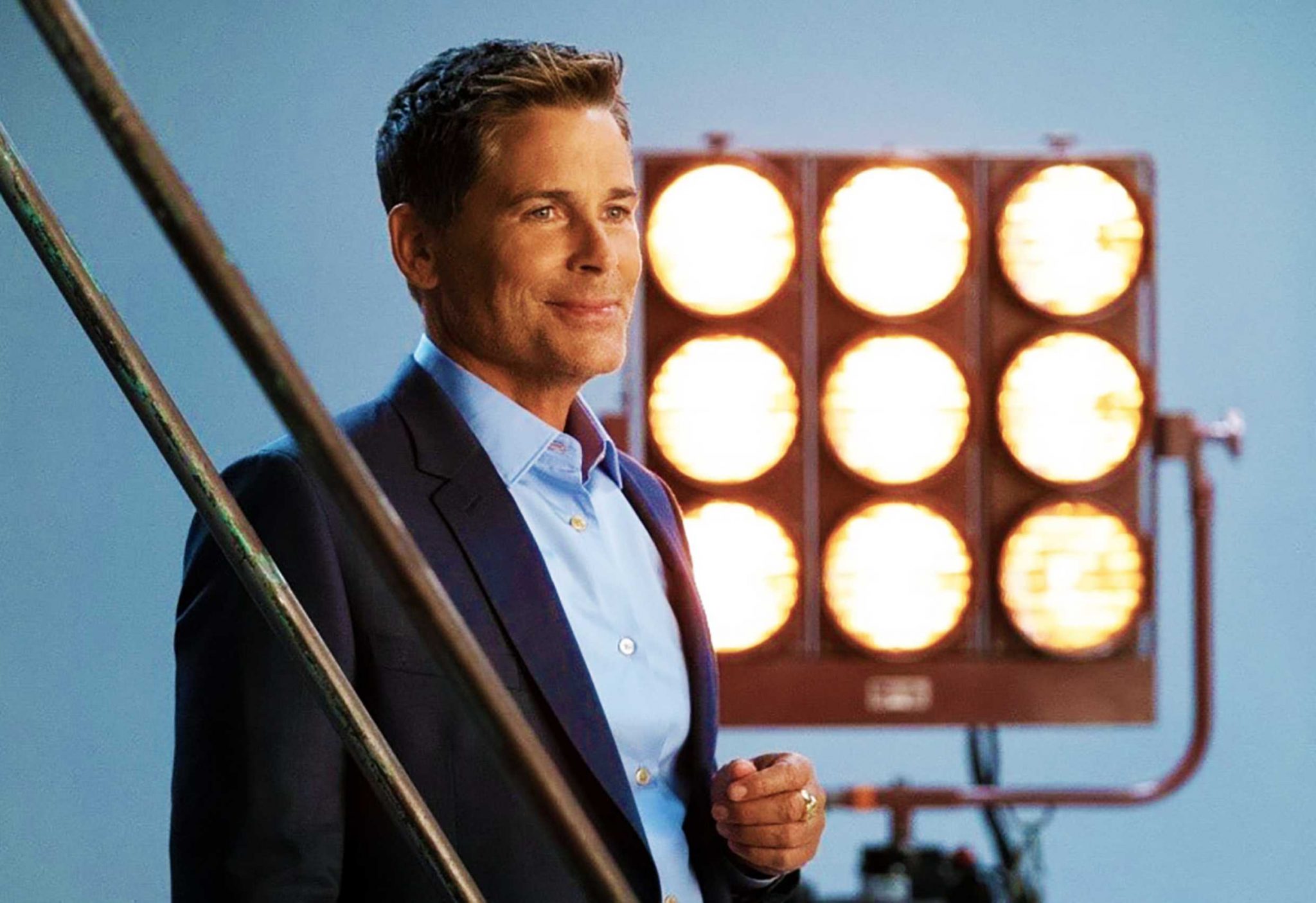 This mischievous documentary opens with Rob Lowe as the host with the most, who begins his twinkle in the eye narration claiming that there are only seven plots in Hollywood movies. There are the Maverick Cop movies – most famously Mel Gibson in LETHAL WEAPON -before he moves on to “Females Running in Stilettos” in films like JURASSIC WORLD. There is plenty to enjoy in this funny documentary! (Netflix)

BLEEDING GLITTER – THE QUEER CINEMA OF ALEXIS LANGLOIS: A deliciously over the top double bill from Alexis Langlois- France’s answer to John Waters. TERROR, SISTERS! A glorious fantasy short made in 2019 by the imaginative French filmmaker, who encourages a group of trans genders to seek revenge against prejudice and transphobia. The spirit of Divine is alive and well!

THE DEMONS OF DOROTHY: In his latest short extravaganza Langlois confronts the grim reality of struggling to get a film made but thankfully high camp and delirious fantasy wins the day! (MUBI)

THE BLACK COP: A powerful documentary-drama short by Cherish Oteka, who tells the inspirational story of Gamal Turawa, the first openly Gay Black Metropolitan police officer. Turawa talks with raw honesty about his early days in the force when he was struggling to fit in both as a victim and perpetrator of racism. But he almost manages to achieve the impossible in this stuffy institution- he comes out and his story becomes a true inspiration!