Events condemning the black anniversaries of 1974 in Limassol, Cyprus 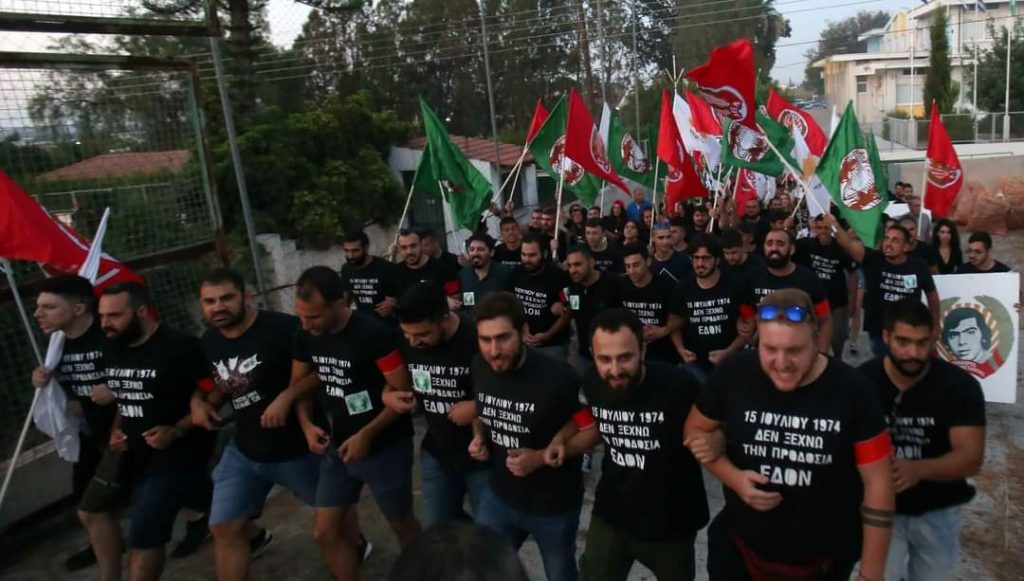 Events condemning the black anniversaries of 1974 in Limassol

The AKEL District Organisation in Limassol calls on Limassol residents, every progressive and democratic citizen to participate in the events to denounce the traitorous coup d’état of EOKA B and the shameful Turkish invasion:

● Wednesday, July 13, at 7:30 p.m. at the Memorial of Fallen Resistance Fighters, opposite the Agios Nikolaos church, “Memory and Honor” event organised by the Pancyprian Association of Democratic Resistance Fighters. Keynote speaker: Andreas Mavroyiannis, independent candidate for President of the Republic of Cyprus. This will be followed by the laying of wreaths at the Monument.

● Friday 15 July, at 10:30 am, a march with pickets from the Limassol Police Station, where fierce resistance and battles were waged on 15 July 1974, ending at the Dioikitiriou Square.

● Friday 15 July, at 8:00 pm, at the Amphitheatre of the Municipality of Idali, central event organised by the C.C. of AKEL “Memory and Honor”. Keynote speaker: Stefanos Stefanou, General Secretary of AKEL.

● Sunday 17 July, “Kostakis Evagorou” Festival (one of the numerous heroes-martyrs of our movement), 8:00 pm, political-artistic event organised by the Local Club of the Left “APOL” in the village of Louvaras with a cultural programme including Kostas Triantaphyllides, Rita Antonopoulou, Manolis Androulidakis. Keynote speaker: Giorgos K. Georgiou, AKEL Member of the European Parliament. Andreas Mavroyiannis, independent candidate for the Presidency of the Republic of Cyprus, will be present.