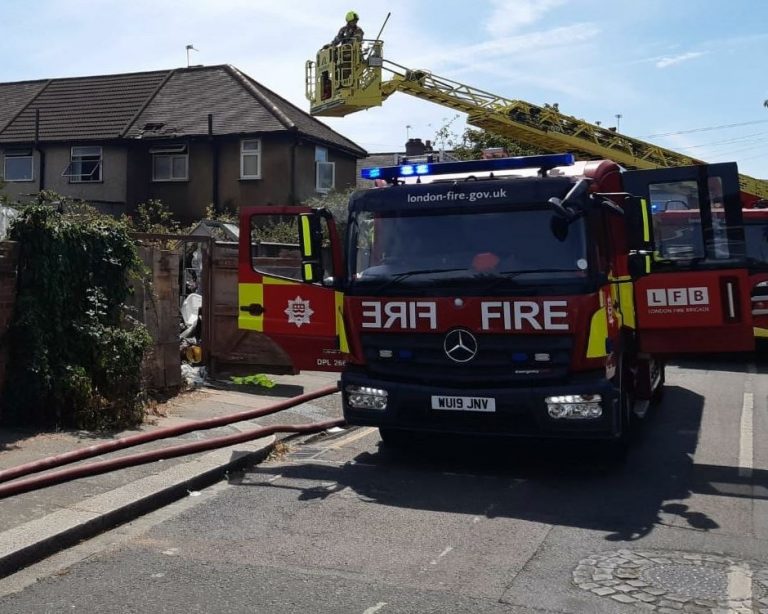 Six fire engines and around 40 firefighters tackled a house fire on Middleham Road in Edmonton.

Most of an end-of-terrace house was damaged by fire. There were no reports of any injuries.

Station Commander David Reed, who was at the scene, said: “Crews carried out a systematic search of the building to ensure no one was inside.

“Firefighters worked swiftly to prevent the fire from spreading to neighbouring properties.

“There were road closures in place on Middleham Road in between Leyburn Grove and Dysons Road.”

The Brigade was called at 1124 and the fire was under control by 1226. Fire crews from Edmonton, Tottenham, Southgate, Walthamstow and Hornsey fire stations attended the scene.