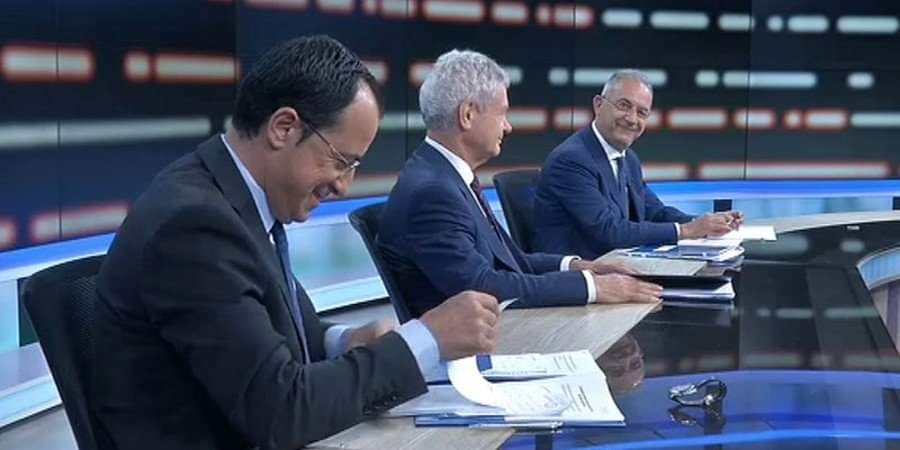 Distinct differences between A. Mavroyiannis and Averoff – Christodoulides

Independent candidate Andreas Mavroyiannis once again sent a clear message and confirmed that he has positions on the Cyprus problem, the knowledge and determination to work for the resumption of talks aimed at a solution and for the reunification of the Greek Cypriots and the Turkish Cypriots in a common, peaceful, federal homeland. This was the clear and strong message conveyed by A. Mavroyiannis on Thursday evening, in the debate held on RIK together with his opponents, Averof Neophytou and Nikos Christodoulides.

Andreas Mavroyiannis expressed his readiness to take initiatives in all directions in order to create conditions for the resumption of the negotiations from the point where they were interrupted at Crans-Montana. Readiness for initiatives that will save the enclosed area of Famagusta, which, he warned, if colonized, there will be a serious and perhaps irreversible course on the Cyprus problem.

Andreas Mavroyiannis also made important revelations, giving personal testimony that while the talks were progressing, while there were significant convergences recorded and we were on the verge of an agreement at Mont Pelerin, the Greek Cypriot side – on the recommendation of N. Christodoulides and agreement of President Anastasiades, withdrew… Disastrous handlings were made at Crans Montana, where a good opportunity for a solution of the Cyprus problem was lost – as subsequently noted in the UN Secretary General’s report – allowing Turkey to play games and withdraw without being held solely responsible.

The content of the debate confirmed that Nicos Christodoulides is a politician who is closer to the rejectionist school of thought on the Cyprus problem with positions that say in a populist way what citizens would like to hear and which, however, do not contain realism and effectiveness. N.Christodoulides was asked several times whether he accepts the six points of the Guterres Framework and avoided answering. Christodoulides also believes that he will “unlock” the Cyprus problem by appointing a special envoy of the European Council and that the EU will impose sanctions against Turkey. Of course, citizens know quite well what the current EU position is towards Turkey.

Furthermore, Averof Neophytou downplayed the role of both the EU and the UN, suggesting that we should join NATO, while he knows that NATO and the US are the instigators of the Cypriot people’s suffering.