Cyprus will appeal to any direction to correct any flaws or false statements in UN reports, says President 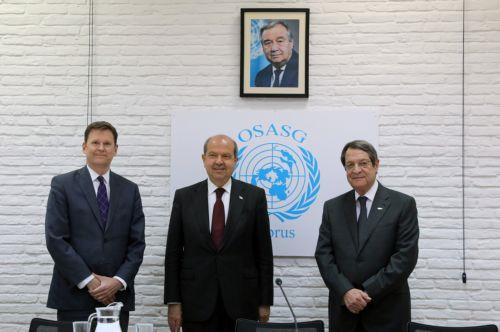 President of the Republic Nicos Anastasiades said on Thursday that the government will make appeals in all directions with the aim to correct any flaws or false statements included in UN reports on the Cyprus problem.

Replying to questions by the press on the draft reports presented to the Security Council and the criticism that followed in Cyprus, the President said that unfortunately we need to realize that the international community has, since the ancient ages, been operating based on interests and not on what is fair.

But he went on to say that all representations will be made to improve flaws or positions that do not reflect the reality.

In a written statement earlier commenting on criticism by the opposition parties, government spokesperson Marios Pelekanos said that we need to approach the matter carefully away from the public eye adding that this issue cannot be the subject of internal controversies.

He noted that the government has made it clear to UN representatives that their reports need to be just and impartial.