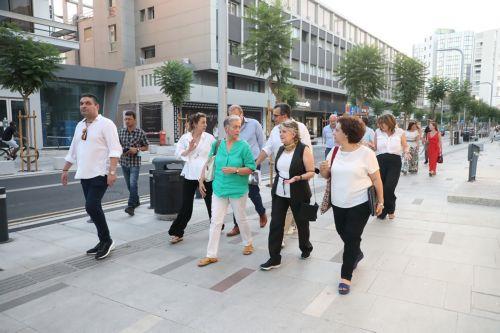 EU Commissioner for Reforms and Cohesion Elisa Ferreira visited on Saturday the Nicosia Town hall and EU funded projects and was excited with how the funds were allocated for the benefit of the people and the city, a press release by the Town Hall says.

Ferreira who is visiting Cyprus and on Friday announced the adoption of the Partnership Agreement and the Just Transition Plan for the island, was briefed by Mayor Constantinos Yiorkadjis on the projects that were completed or are underway with the aim to revive the center of the town and attract investments.

Ferreira walked the streets of the old town and visited various projects as well as the buffer zone that divides Cyprus’ capital. She was eager to learn about the history and culture of the city, the press release reads.