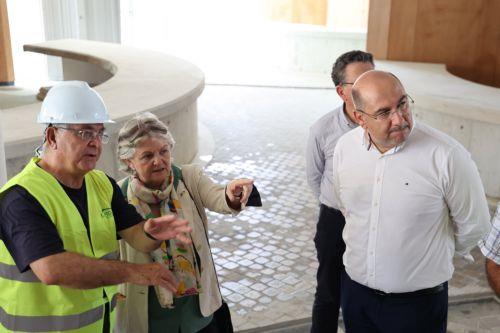 A press release by the Town Hall of Larnaka says that Ferreira visited three projects funded in the framework of “Competitiveness and Sustainable Development” program for 2007-2013 and 2014-2020.

She said that Cyprus is one of the first countries with rapid response in drawing up business plans adding that the projects completed are to the benefit of the citizens and improve their lives.

The Commissioner also said that because of the consequences of the pandemic and the economic crisis the EU has come up with a recovery plan for the period 2021-2027.

In Limassol the Commissioner visited various projects that changed the overall picture of the town and in statements she said that it is important for her to see how the EU funding is allocated and what kind of projects are completed which benefit the citizens.

Mayor of Limassol said that he briefed the Commissioner on his vision to transform the city.