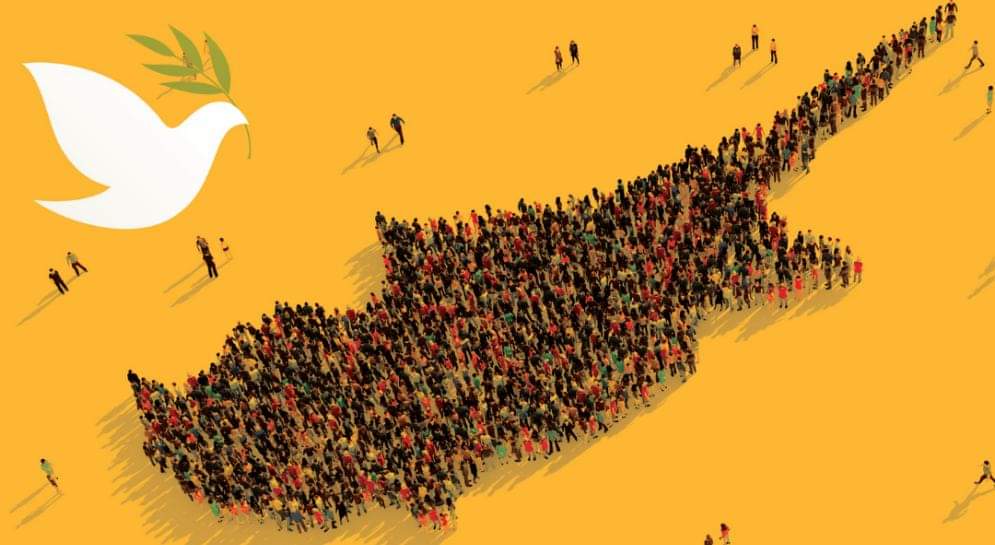 Statements by Toumazos Tsielepis, AKEL Political Bureau member and Head of the Cyprus Problem Office of the C.C. of AKEL on the Cyprus problem:

The Head of the Cyprus Problem Office of the C.C. of AKEL, Toumazos Tsielepis, spoke to “Politis” radio about what took place in the Cyprus talks and the stand taken by Nikos Christodoulides.

Referring to the Mont Pelerin, T.Tsielepis noted that Mustafa Akinci said that Turkish Cypriots and Turkey have always held the position that they do not discuss the territorial and security issues before we are moving towards a final phase, that is to say, before the other issues have been agreed.

“Mr. Akinci said he is abandoning this position because this phase is never coming. There was an understanding that if the difference with regards land percentages would not exceed 1 per cent, then we could proceed to convene a conference on the international aspects (of the Cyprus problem),” he added.

T.Tsielepis also stressed that apart from the territorial issue, progress was recorded also the issue of political equality and the one positive vote too. Indeed, he said said that the issue had been resolved as the Greek Cypriot side wanted, i.e. one positive vote (of the Turkish Cypriots) in the Council of Ministers, but not on all issues.

“The positions of Kotzias are unrealistic”

Asked about the stand of the then Foreign Minister of Greece, Nikos Kotzias, T.Tsielepis said that some of his public statements are not realistic positions.

“It was agreed that we would go to a conference if the difference on the territorial issue was not more than 1%. Which it was not. Kotzias was saying that for us to go to a conference the troops must withdraw, tahts to say more or less that the Cyprus problem must be solved and then (we should go to the conference),” he added.

At the same time, T.Tsielepis referred to Anastasiades’ pretext that Andros Kyprianou supposedly had called him and requested that he should leave for consultations (in Cyprus).

“I concluded that members of the Turkish Cypriot delegation were avoiding me. They were not even saying good evening to me. So I went to Akinci’s table and asked what was going on. Mr. Akinci was not talking, he was depressed.

Of course this was a pretext. This deterioration continued, culminating at Crans Montana where a historic opportunity for a solution to the Cyprus problem was lost,” he said.

“If you read the minutes of Crans Montana which supposedly vindicate the President’s narrative and refute AKEL’s narrative, if you see the last meeting between the President of the Republic with the UN Secretary General before they went inside on that fateful night, you will understand everything,” Toumazos Tsielepis pointed out regarding all that had occurred at Crans Montana.

“There, the UN Secretary General revealed to him that Turkey had handed him a confidential document for the abolition of guarantees, intervention rights and the withdrawal of troops with a monitoring mechanism.

The only pending issue was the issue of the troops, which was a matter for the Prime Ministers (Greece and Turkey). The President insisted that all troops should leave from day one,” he added.

Asked about Christodoulides, T.Tsielepis said that “Christodoulides’ stance is clear throughout the talks. The man has a different view and he did not believe that we can reach a solution either at Mont Pelerin or at Crans Montana, even though the facts were glaring.”

Asked whether Christodoulides was influencing the President of the Republic, T.Tsielepis said that “the chief advisers who were there had a say. I don’t know how much they influenced the President or not. I believe that the President had already taken his decisions by the time he decided to leave Mont Pelerin”.

“The role of the advisers if they believe that the President is on the wrong course is to try to dissuade him and not to push him in the direction he was going. Today proves beyond any shadow of a doubt how disastrous the results have been,” he said.

“Christodoulides was opposed to proposals being submitted”

“When the UN Secretary General came and set as imperative the immediate abolition of the guarantees and intervention rights and the rapid withdrawal of troops, I saw that he had the support of the EU and even of Britain.

I realised that a set of circumstances existed and I was pushing that we should submit compromise proposals on issues relating to the internal aspects without crossing our ‘red lines’,” he said.

“It took a week to go by in order to get this done. Mr. Christodoulides was reacting and some others too,” T.Tsielepis said.

He added that when the proposals were submitted, despite the fact that their recommendation was that clear points should exisr, we submitted a “novel”.

“This was the result of the policies that were driving the President,” he noted.

Asked about Andreas Mavroyiannis’ stand regarding the submission of proposals, T.Tsielepis said that “I also spoke with Mr. Mavroyiannis about the need to submit proposals. He told me that he agreed with me, but that Mr. Christodoulides disagreed, who told him that it would be a treacherous act”.

“Mr. Christodoulides had his views and was exerting pressure on the President in a specific direction. But the principal responsibility, however, lies with the President of the Republic.

Furthermore, given that every policy is judged by the end result, look at today how many soldiers have left, where the treaty of guarantee is and look at what the United Nations are saying about Turkey’s actions, to determine where we have got to,” he said.