Birmingham 2022 Commonwealth Games begin on Thursday with the Opening Ceremony, with 55 athletes the Cypriot delegation 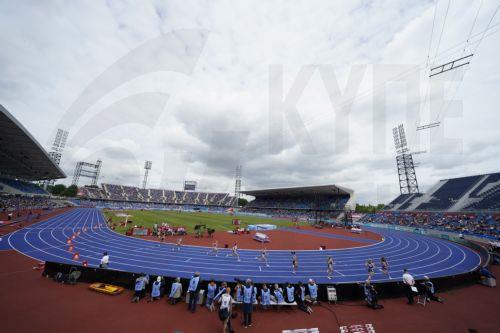 The official opening of the Birmingham 2022 Commonwealth Games is just around the corner and the city is ready to welcome over five thousand athletes from 71 countries and to host the second most important Games on the planet, after the Olympic Games, from July 28 until August 8, 2022.

The Cypriot team comprises 55 athletes, two more than originally planned as a place was given to the Cypriot table tennis team to participate in the Men’s team. On the other hand, two athletes had to be replaced and one withdrew.

Specifically, the athlete of Track and Field Olivia Photopoulou in 100m and 200m, as well as the swimmer Nikolas Antoniou, will not participate in the Games. The two athletes had participated in the Mediterranean Games and the World Championships in June and July, 2022 and their busy schedule prevented them from being in Birmingham for the Commonwealth Games. The place of Nikolas Antoniou will be taken by the swimmer Christos Manolis.

At the same time, in the Women’s Beach Volleyball team Manolina Constantinou will replace Erika Nystrom, who was injured a few days ago.

With feelings of gratitude and honour the flag bearers of the Cypriot delegation to the 22nd Commonwealth Games Zoe Constantopoulou and Marios Georgiou will enter the Alexander Stadium for tomorrow’s opening ceremony.

Speaking to CNA, Zoe stressed that she is looking forward to living that great moment of holding the Cyprus flag in the parade of the opening ceremony. She said that it is also a great honour for her that she will be marching as a flag bearer along with the great athlete Marios Georgiou, who has honoured Cyprus in the Olympic Games and other World championships.

“I am very grateful to the Cyprus Olympic Committee for recognizing my contribution as an athlete and giving me this honorary position, while giving me an extra motivation as it believes in my team’s medal prospects,” she said.

Marios Georgiou also talked to CNA, underlining that he is very touched and feels proud for the honour given to him by the Cyprus Olympic Committee to enter as the flag bearer of the Cypriot delegation at the opening ceremony.

“It is an honour and I feel very proud to carry our flag at the opening ceremony of the Games and every time I see the flag of Cyprus flying high, I feel very special,” Georgiou said.

Birmingham’s Opening and Closing ceremonies will be staged at the newly redeveloped Alexander Stadium in front of a live audience of over 30,000 people and a television audience of over a billion.

With ceremonial traditions including the athletes’ parade and a stunning firework finale, the Opening Ceremony, that will begin at 19.00 local time, will open the Games with spectacle and emotion.

Iqbal Khan, Artistic Director of the Opening Ceremony for the Birmingham 2022 Commonwealth Games has promised to provide an unforgettable Ceremony.

According to the organizers, returning to the city where their career began, global hitmakers Duran Duran will conclude the Ceremony’s stunning musical offer, featuring some of the city’s most celebrated artists and promoting its emerging talent on a global stage, from Black Sabbath’s Tony Iommi to vocalists Indigo Marshall and Gambini, under the musical direction of rapper, artist and educator Joshua ‘RTKal’ Holness.