AKEL on the 48th anniversary of the Turkish invasion We do not accept neither the occupation, nor partition in Cyprus 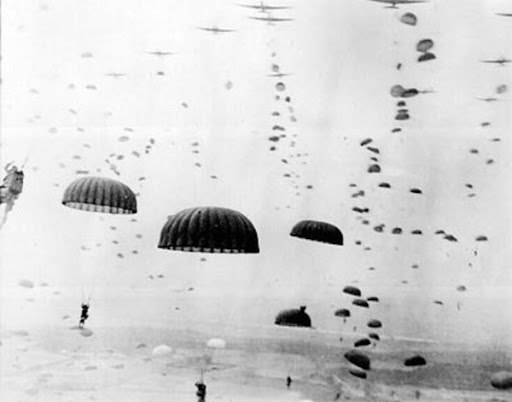 On the occasion of the 48th anniversary of the Turkish invasion, AKEL addresses a message of unity and struggle for freedom and the reunification of the homeland, which is the only way to a future of peace and security for all the Cypriot people, Greek Cypriots, Turkish Cypriots, Armenians, Maronites and Latins.
AKEL also assures that it will continue to stand with and beside the victims of 1974, the relatives of the missing persons, the disabled of the war, women victims of rape, the refuges and the enclaved people in the occupied areas.
AKEL expresses its debt of gratitude and pays tribute to the brave lads who courageously resisted the hordes of Turkey’s invading army in the unequal and betrayed battle of 1974, when the coupists were hiding in the rear. We honor the Greek soldiers who, unlike the traitorous Greek junta officers, fought alongside our people in defence of Cyprus. Eternal honor is due to the heroes of our homeland.
Turkey’s invasion of Cyprus on 20 July 1974 was the prearranged continuation of the fascist coup d’état of 15 July. Turkey took the baton from the Greek Junta and EOKA B and carried out the second part of the NATO plan for the division of Cyprus. Turkey’s invading army spread havoc and death. It massacred our people and uprooted tens of thousands of Cypriots from their homes. It occupied 37% of the territory of the Republic of Cyprus, thus completing the separation by the force of arms of the two communities that began in 1963. Subsequently, the occupying power Turkey unleashed waves of colonisation, proclaimed the pseudo-state and has since been implementing a methodical policy aimed at assimilating the Turkish Cypriot community and the occupied territories.
The Cypriot people know that the Turkish invasion of 1974 was carried out with the blessing of NATO, which, after all, supported and armed the occupying power for decades. Our people also understand that it is an outrageous reversal of what is right and of logic that Turkey, an occupying power in Cyprus, Syria and Iraq, and a country that destabilizes the entire region of the Eastern Mediterranean, is today being upgraded by NATO to a “peacemaking power”. Today’s black anniversary is an opportunity to reiterate in every direction our people’s opposition to the unhistorical, but above all dangerous idea that has been promoted recently of Cyprus’ accession to NATO.
The 48th anniversary of the invasion finds the Cyprus problem in a prolonged deadlock and at its most dangerous point since 1974 with Cyprus at a crucial crossroads. The occupation is deepening. Turkey’s aggression is dangerously becoming more acute. The repression against progressive Turkish Cypriots is intensifying daily. The Erdogan-Tatar duo embraces and promotes the change of the basis of the Cyprus solution with the aim of imposing final partition.
The situation is made worse by the fact that the international community is also putting the responsibility for the deadlock on the Greek Cypriot community as well, a fact which accelerates the disastrous course.
AKEL will not tire of repeating that any permanent partition of our island will mark a new cycle of instability and tension in the history of our country with unforeseen consequences for the future generations to come. AKEL stresses that it will never compromise neither with the occupation and the status quo, but nor with any partitionist – confederal solutions.
We insist on the need for a solution of the Cyprus problem that frees Cyprus from the occupation, foreign guardians and the barbed wires of division. A solution of a bizonal bicommunal federation with political equality of the two communities as outlined by the Resolutions of the United Nations. AKEL insists on the need for the resumption of the negotiations from where they were suspended in 2017, negotiations on the basis of the Guterres Framework and preserving the convergences that have been agreed so far, which will prevent the Turkish plans to deviate from the agreed basis of the solution. Specific and proactive initiatives in this direction are needed to break the current deadlock.
Even in the current disheartening landscape on the Cyprus problem, the hope remains unquenched. AKEL calls on all the people to hold high the flag of Cyprus, the flag of our struggle for freedom and vindication.
On the occasion of the black anniversary of the Turkish invasion, a delegation of AKEL, headed by the General Secretary of the C.C. of the Party will lay a wreath at the Tomb of Macedonitissa, 20 July 2022 at 9:15 a.m.