Accident at the Commonwealth games in Birmingham 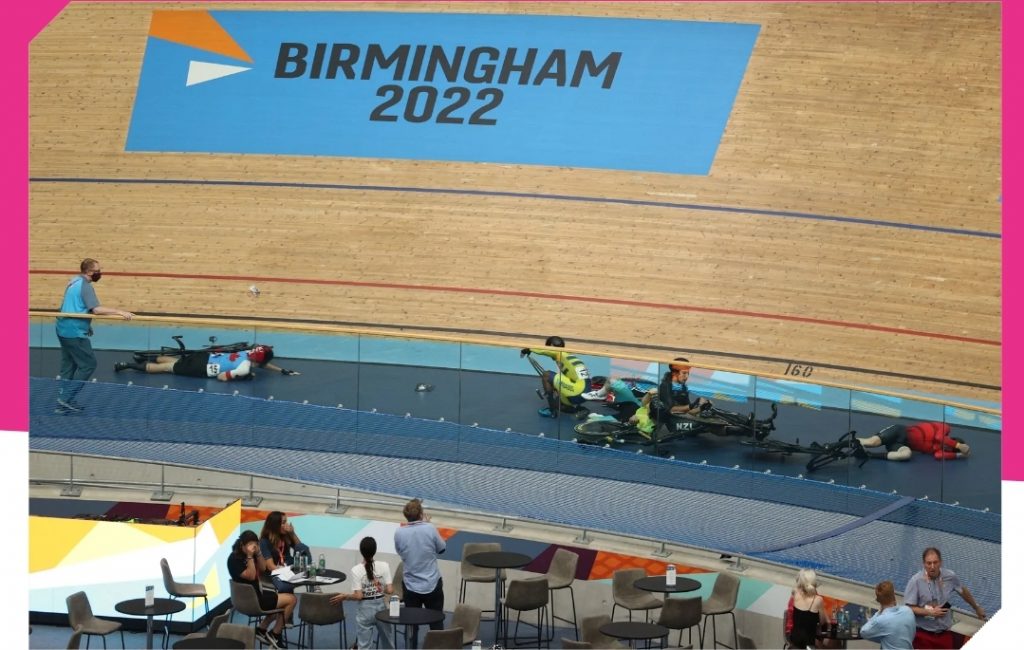 England’s Matt Walls was involved in an accident at the Commonwealth Games on Sunday morning when he was catapulted over the barriers and into the crowds at the Lee Valley VeloPark.

Walls received treatment for more than 40 minutes before being taken away by ambulance, with spectators also hurt after he and his bike had come over the top of the barriers on the high banking of the corner.

The 24-year-old Olympic omnium champion was trying to avoid riders who had fallen in a crash lower down the banking but as he rode up, he clipped another wheel and went over the top.

The England team, led out by men’s gold medallist Alex Yee, finished 46 seconds ahead of Wales with Australia coming home to take bronze.

The bronze medal went to Canada’s Emma Spence as local favourite Alice Kinsella endured huge disappointment, with a fall off the beam meaning she finished just outside the medals.