A memorial for Cypriot Heroes and Martyrs in Australia 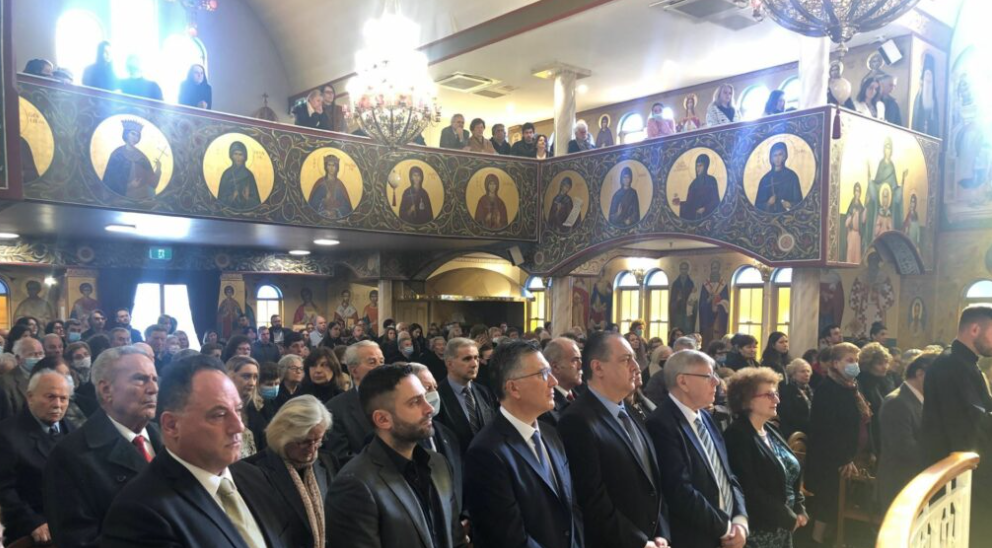 Last Sunday the Cyprus Community of Melbourne and Victoria and the parish of ‘The Presentation of our Lady to the Temple’ in North Balwyn held a memorial service to honour the memory of Archbishop Kyprianos of Cyprus, Bishops Chrysanthos of Paphos, Meletios of Kiti, Lavrentions of Kerinia and other clergy, as well as civilians, who were executed by the Ottoman Rulers on the 9th of July 1821 in Cyprus.

The Memorial which was under the auspices of the Victorian Council for the Greek National Day, emphasised the participation of Cyprus in Greece’s 400-year struggle for freedom and promoted the significance of the important historical events that happened in Cyprus in 1821.

The attendees at the Presentation of Our Lady. Photo: Claire Gazis
Bishop Kyriakos of Sozopoleos conducted the Divine Liturgy with father Nikolaos and blessed the Memorial in the presence of the High Commissioner of Cyprus Mrs Martha Mavromatis, Mr Bruce Atkinson MLC, Member of the Eastern Region, who represented the leader of the Opposition Mr Mathew Guy, Cr Nick Stavrou from the city of Boroondara, Community Leaders and other Dignitaries.

Groups from Oakleigh Grammar, Zenon Greek school, Pegasus Dance Academy and Paradosi school of dance, participated in uniform at church with their flags.

After the service, the organisers welcomed the guests to the churches’ Hall for a Commemorative event presented by Neos Kosmos’ contributor Claire Gazis. Mrs Mavromatis shared a heartfelt message, when she spoke about bishop Kyprianos, then the invasion of Turkey in the island in July 1974 and after 48 years, the continuing provocations in the Eastern Mediterranean and of course its unlawful intentions on Cyprus.

During the memorial service at the Presentation of Our Lady. Photo: Claire Gazis
In conclusion, father Nikolaos with a smile in his face, thanked the Bishop for the divine service and those who helped putting together such an event, the schools which participated, and the sponsors for their generosity.

The lunch was followed by homemade Cypriot sweets and a memorable sound, that the 9th of July 1821, is a significant milestone for all Cypriots in the long-lasting History of Cyprus and deserves to have a place in our Communities’ events. 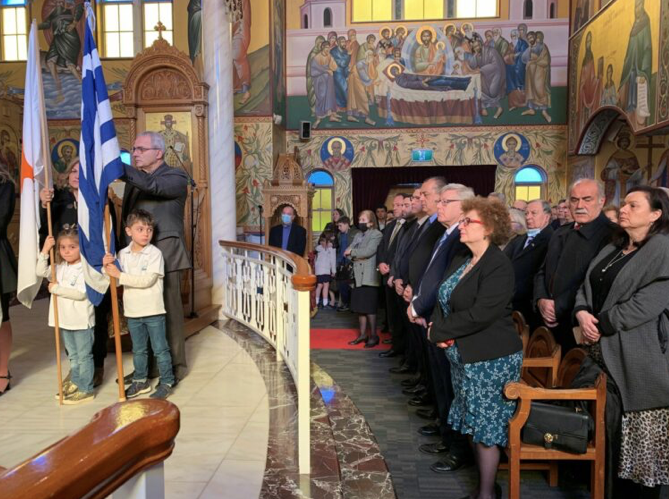