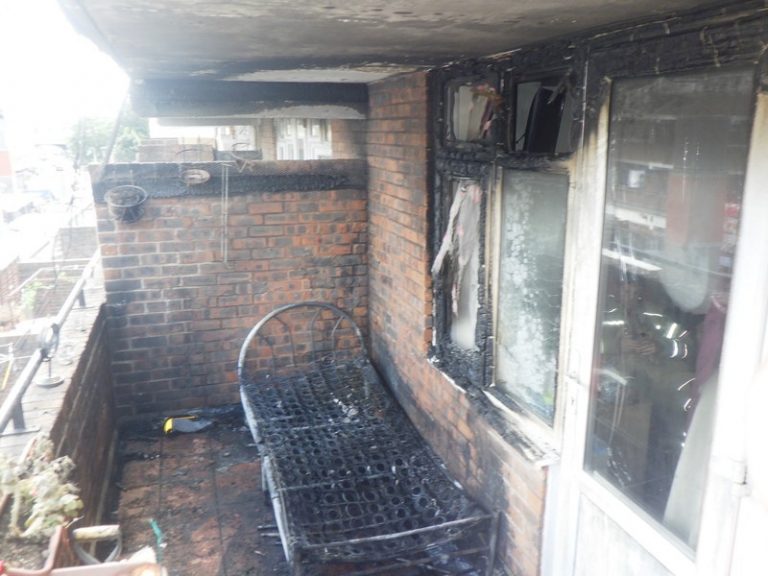 A balcony fire in #Aldgate yesterday is believed to have been caused by sunlight reflecting off a shaving mirror and catching light to materials. Our advice is to keep mirrors, crystals, glass ornaments and other reflective items out of direct sunlight
Four fire engines and around 25 firefighters were called to a fire on Watney Market in Aldgate.

A second floor balcony above a shop was destroyed by the fire and two maisonettes were also damaged. There were no reports of any injuries.

The Brigade’s fire investigators believe the fire was accidental and caused by sunlight being focused onto materials by a concave shaving mirror and catching them alight.

A London Fire Brigade spokesperson said: “The alarm was raised by people in the market who noticed smoke and flames from a balcony on the second floor.

“Fortunately the occupant got out as they heard people shouting outside and there were no injuries.

“Fires caused by refracted and reflected sunlight can happen all year round and are actually quite common.

“Our advice is to make sure you keep mirrors, crystals, glass ornaments and other reflective items out of direct sunlight at all times.”

The Brigade’s 999 Control Officers took 15 calls to the blaze.

The Brigade was called at 0858 and the fire was under control by 0958. Fire crews from Shadwell, Whitechapel, Bethnal Green and Dowgate fire stations were at the scene.