48 years since the fascist coup: The people do not forget neither the betrayal nor the traitors 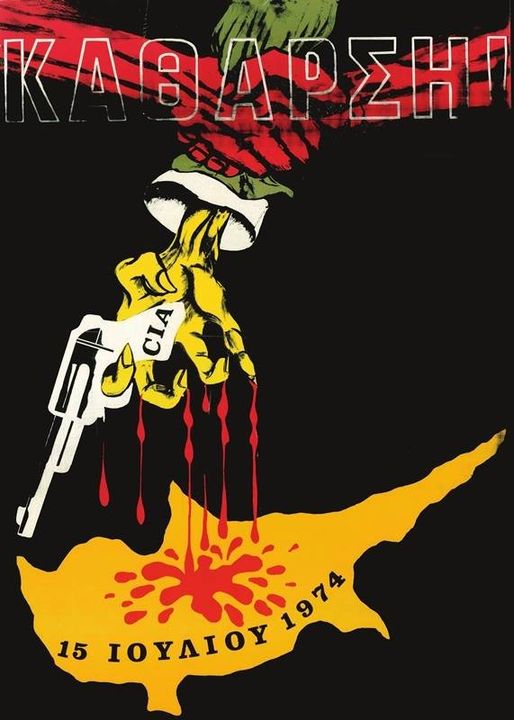 The 15th July has remained in our country’s History to remind us forever of the betrayal committed by the hated Greek junta and EOKA B against our homeland. It has been identified with the NATO plan for the division of Cyprus, which was implemented in the summer of 1974 with the coup d’état against President Makarios and was completed with the Turkish invasion and occupation.
On the occasion of the 48th anniversary of the coup d’état of 15 July 1974 against President Makarios, AKEL pays tribute and expresses its gratitude to the fighters of the Democratic Resistance, the sons of the Cypriot people who took up arms against the coupists and fascism. We honour the brave lads of the Cypriot people who refused to carry out the “order” of treason and paid for it with their own lives. We honor the anti-fascist resistance fighters who wrote history with their heroic stance in the places of martyrdom, in prisons, under interrogation and suffering torture. We honor our own people who did not compromise with the coup d’état and the EOKA B terror, but stood on the side of democracy and legality.
The DISY government and public broadcasting station may deliberately and in an organised manner downplay the Democratic Resistance and the sacrifice of the Resistance fighters, but the Cypriot people do not forget and continue to bow with respect to the heroic martyrs of Democracy.
Just as it does not forget the betrayal committed, nor the traitors who hid behind the banners of patriotism.
It does not forget those who opened the back door to Turkey’s invading army, but who hid in the rear when Turkey invaded our homeland.
It does not forget those who took part in the murder of leftists, supporters of President Makarios and civilian Turkish Cypriots.
We defend the historical truth about the Cypriot tragedy not only to remember what the far right committed back then, but to remember how much the far right is capable of committing at any given moment.
This year’s black anniversaries finds Cyprus facing Turkey’s increasing aggressive actions, with the continuing occupation and division, with plans for permanent partition. AKEL responds with its call for our people’s unity in the struggle for a solution of the Cyprus problem on the agreed basis of a bizonal, bicommunal federation with political equality, for an end to the occupation and the reunification of Cyprus.
On the occasion of the black anniversaries of the fascist coup d’état and the Turkish invasion, the Central Committee of AKEL is organising a commemorative event and tribute tomorrow, Friday, 15 July 2022 at 8:00 pm at the Amphitheatre of Dali Municipality, with a speech by the General Secretary of the Central Committee of AKEL, Stefanos Stefanou. The independent candidate for President of the Republic of Cyprus, Andreas Mavroyiannis, will also address the rally.