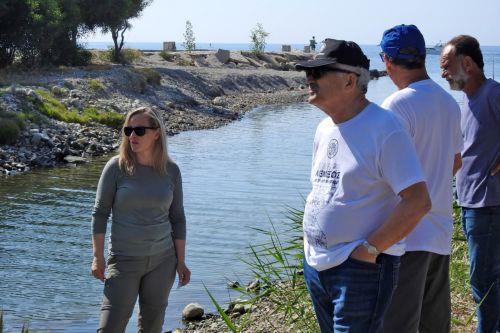 Volunteers and personnel from the Office of the Commissioner and the Municipality, as well as young activists from eight different countries, brought together by “Youth for Climate” organisation, cleaned the stretch between Enaerios pier and Crowne Plaza hotel.

Young people fighting for climate change are fighting in fact for the preservation of humanity and the planet, Vassiliou said.

She pointed out that 300 thousand tons of garbage end up every year in the Mediterranean Sea, with a huge impact on marine life and people. The Environment Commissioner congratulated the Municipality of Limassol for being included recently in a program of 100 European cities, that will turn climate neutral by 2030.

Today we are making this symbolic gesture, as Limassol Municipality and as citizens, sending the message that the environment is a matter of concern for Cyprus and for Europe as a whole, Nicolaides said from his part.