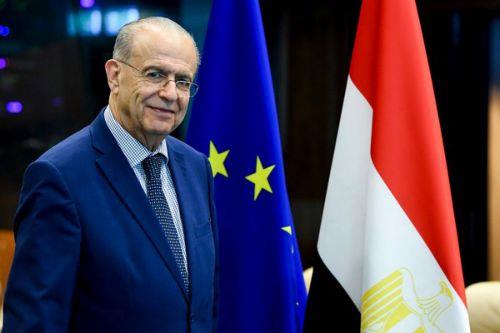 Turkish provocations in Varosha were condemned by the Summit of Heads of State of the Commonwealth, the work of which was completed on Saturday in Kigali, the capital of Rwanda. The Minister of Foreign Affairs, Ioannis Kasoulides, participated in the Summit, representing the President of the Republic of Cyprus.

According to a press release from the Ministry of Foreign Affairs, the discussions focused on individual topics related to sustainable development, global challenges such as climate change, digital transformation and the role of young people, as well as other issues related to the rule of law and respect of human rights.

In the Declaration of the Summit, the Heads of State of the Commonwealth expressed their support for the sovereignty, independence, territorial integrity and unity of the Republic of Cyprus, stressing the importance of resuming talks for a comprehensive settlement of the Cyprus problem, in accordance with United Nations Security Council resolutions and within the agreed solution framework of the Bi-zonal, Bicommunal Federation.

It is noted that the Commonwealth Heads of State stressed the importance of implementing UN Security Council Resolutions and Presidential Declarations condemning Turkish provocations in Varosha, calling for the avoidance of actions that undermine the sovereign rights of the Republic of Cyprus in its EEZ. The Declaration of the Summit emphasises, among other things, the importance of adopting confidence-building measures while urging the parties to work for their implementation.

The Declaration of the Summit also welcomes the establishment in Cyprus of a Commonwealth Centre for Excellence in the Blue Economy, Sustainable Fisheries, Underwater Research, Development and Innovation, the press release adds.

On the sidelines of the Commonwealth Summit, the Foreign Minister had bilateral contacts with his counterparts from India, Sri Lanka, Antigua and Barbuda, Dominica and the Bahamas. During his meetings, Kasoulides highlighted the initiative of Cyprus for the establishment of a center of excellence for blue growth and the common challenges faced by small island states from climate change. In addition, he briefed on the situation in the Cyprus issue while discussing bilateral relations and other current international issues of common interest.

The Foreign Minister returns to Cyprus on Sunday, the press release concludes.