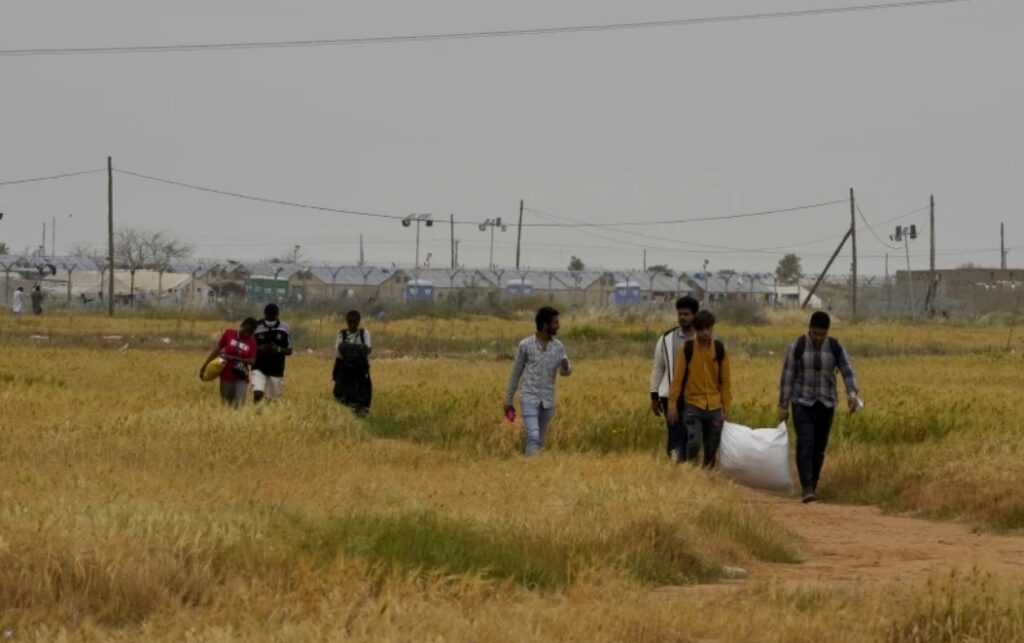 Breakaway Turkish Cypriots on ethnically divided Cyprus must do their share to stem migrant arrivals, a senior European Union official said Saturday, as the number of asylum seekers has shot up significantly this year.

“We won’t let the Turkish Cypriot community to consider itself neutral in what is going on,” Schinas said after visiting upgraded facilities at the Pournara migrant reception camp outside Nicosia, the capital. “They must also assume their share of responsibility, and we’ll find a way to remind them.”

Cyprus was split along ethnic lines in 1974, when Turkey invaded after a coup aimed at uniting with Greece.

Schinas said EU Commissioner Elisa Ferreira will hold meetings in Cyprus next month to explore ways of handling the issue. He said Turkey has demonstrated a willingness to help ease the number of migrants arriving in Cyprus.

The EU will also help Cypriot authorities bolster monitoring and surveillance of the buffer zone to deter crossings in a way that is compatible with EU law, since the 110-mile-long area is not a formal border, Schinas said.

Cyprus Interior Minister Nicos Nouris said the number of asylum seekers doubled to 10,000 in the first five months of this year compared with the same period in 2021, noting that they make up an EU high of 5% of Cyprus’ population of 915,000 in the south.

He said that Cypriot authorities are working with the EU to facilitate the return of asylum seekers whose claims have been rejected as well as more funding from the 27-nation bloc, amounting to 72 million euros — about $75.5 million — to build a new migrant reception center.

Although overcrowding at the Pournara center has been greatly alleviated in recent months, a 27-year-old Nigerian, Miracle Chidiebera, said there’s still plenty of anger among migrants over what he said is a chronic lack of water, poor food and congested facilities.