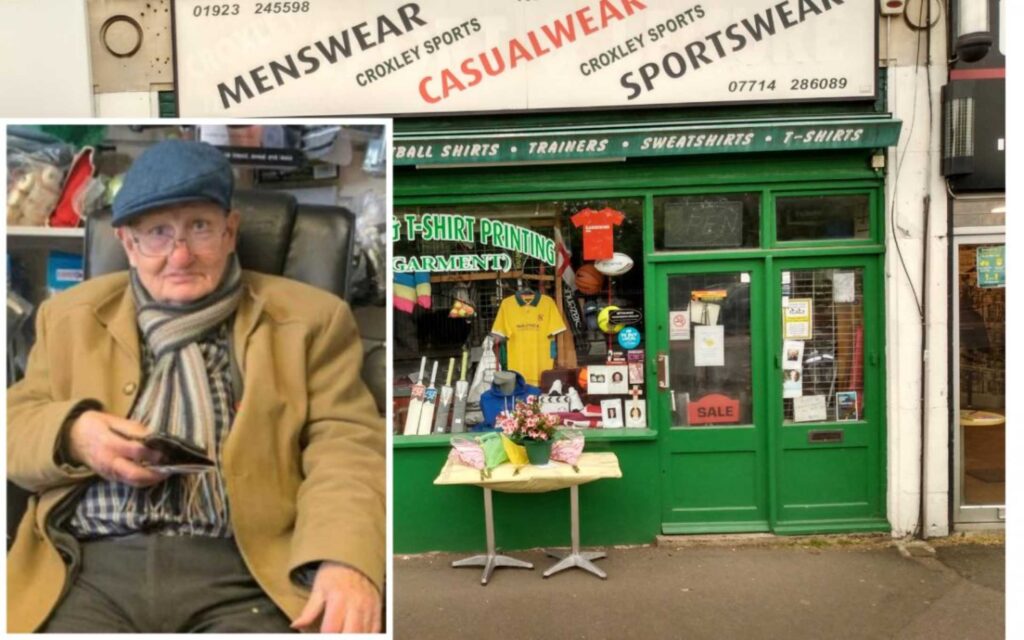 Cliff Glafkos Vassiliou Partasides, brother of well-known cameraman/photographer Doros Partasides, sadly passed away last Tuesday at his home in Croxley-Herts surrounded by his family. He was 86-years-old.
Born in Ayious Omoloyides, Nicosia, he came to England in 1960. After his commercial studies, he began working in Blyth Hall, representing the British state-owned airline British Overseas Airways Corporation (BOAC) and the Middle East airlines.
He later opened his own business in sportswear.
He leaves behind his wife Penny, three sons: Daniel, Markus and Simon, seven grandchildren, sister Yiota, and brothers Panayiotis, Bambos and Doros.
Below is a tribute from local newspaper Watford Observer:
A much-loved businessman has died just weeks after he was overjoyed by locals helping to save his shop.
Cliff Vassiliou was forced to temporarily close Croxley Sports Shop earlier this month after he was taken to hospital.
The parish council released a statement this morning (May 24) saying: “Croxley Green Parish Council is sad to learn of the death of Cliff Vassiliou, resident, business owner and parish councillor. Cliff was our longest serving councillor and was chair of the council from 2002 to 2005. His passion, words and actions were always directed to the good of the residents and community of Croxley Green which he called his paradise. His contributions, wit and wisdom will be sadly missed. Our thoughts are with his wife, children, grandchildren and all those who mourn.”
Last month the 86-year-old was stunned after locals came to his aid when he was on the brink of closing his store. He hadn’t had a customer for three weeks before Linda Anderson, from The Kitchen Croxley, helped him build a digital presence with an Instagram account to bring people back to his store. Nearly 2,000 people followed the page and many members of the community, including Watford FC legend Luther Blissett, pledged to help. After gaining media attention, comedian Stephen Fry also helped to spread the campaign.
Following news of his death, The Kitchen Croxley wrote: “Remembering our dear friend and neighbour @cliffsports. So many happy memories, heart-breaking to think we won’t see his smiling face again this side of Hornet Heaven. Rest in peace dear Cliff, we loved you so very much. Our thoughts and prayers are with your dear family and your many friends.”
Previously speaking to the Observer, Linda called Cliff “a character” and said that she loved to spend time with him every time he would pop down to visit her.
Likewise, Cliff praised Linda and said “she’s like my daughter.”