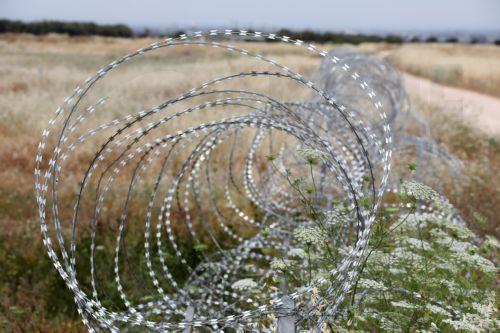 Three Turkish Cypriot journalists and communications experts have spoken to the Cyprus News Agency about their views on the mobilisation in the Turkish occupied areas of Cyprus to defend freedom of the press and freedom of expression.

Reacting to so- called bills that the tripartite illegal government in the north is promoting, Turkish Cypriot journalists, media outlets and academics have started mobilising in the north.

Media expert Ali Bizden and journalists Ali Baturay and Aytug Turkkan shared their views with CNA on the fight to defend the fundamental freedoms in the Turkish Cypriot community.

Commenting on the latest developments in the Turkish Cypriot community, the communications adviser of former Turkish Cypriot leader Mustafa Akinci, Ali Bizden, said the view that the regressive mentality which prevents backing a common economic, cultural and democratic heritage between Greek Cypriots and Turkish Cypriots, unfortunately affects both communities.

Since the Crans Montana deadlock, he said, the fundamental rights of Turkish Cypriots are continually restricted.

Bizden said the tripartite ‘government’ has put back on the agenda the amendment of the three ‘bills’ which restrict the right for freedom of thought, expression and assembly which are all remnants of the colonial period.

He said consenting to the ‘bills’ is not a matter of legal and lingual jargon but a regressive mentality which oppresses and violates the fundamental human rights and imposes an undemocratic order.

Former director of “Kibris” newspaper, journalist Ali Baturay said even though there are many other ‘bills’ before the so called parliament that need to be examined the controversial ‘government’ started its work with ‘bills’ that restrict the freedom of opinion and expression.

He said the regulations on the ‘criminal law’, the ‘law on the protection of private life’ and the ‘law on obscene publications’ stipulate imprisonment for posts on the media and social media. He remarked that the three ‘bills’ were introduced alongside with the ‘social media regulation’ ‘bill’ submitted to Turkey’s Grand National Assembly on May 26th, which caused social upheaval.

Baturay said the bill in Turkey is very similar to the ‘legal’ proposals suggested in the ‘bill’ submitted before the so called parliament and the ‘prime minister’, the president of the relevant ‘committee’ and the ‘MPs’ are unable to explain the reasons for this new arrangement.

Even more painful, he added, is the fact that they do not know the subtleties of the whole affair. Now on the agenda has come ‘pre-trial detention’ and ‘imprisonment’ as a penalty for publications that are considered to be offensive. These are regulations that contravene the rulings of the European Court of Human Rights and the ‘constitution’ and contain vague statements that are supposed to protect the President and Turkey.

Head of SES Kibris news site, Aytug Turkkan, told CNA that there are big economic issues in the north with people becoming poorer every day with the rise in the price of basic consumer goods but the new ‘government’s’ task was to restrict freedoms.

The ‘bills’ published in the ‘official’ gazette without anyone having knowledge restrict freedom of expression and provide for a prison sentence of up to five years for articles in the press or social media that are against the Turkish Cypriot leader.

He said the journalists got together under the direction of the Turkish Cypriot Union of Journalists and created an action plan against these monstrous changes proposed by the ‘bills’. The 24hours for freedom demonstration in the entrance of the so called parliament, managed to secure a promise by the ‘prime minister’ to review the regulation.

“Our determination will continue and will only end when this oppressive arrangement is eliminated”, he added.